The Indie Game Journalism Scandal and Where I Stand On It 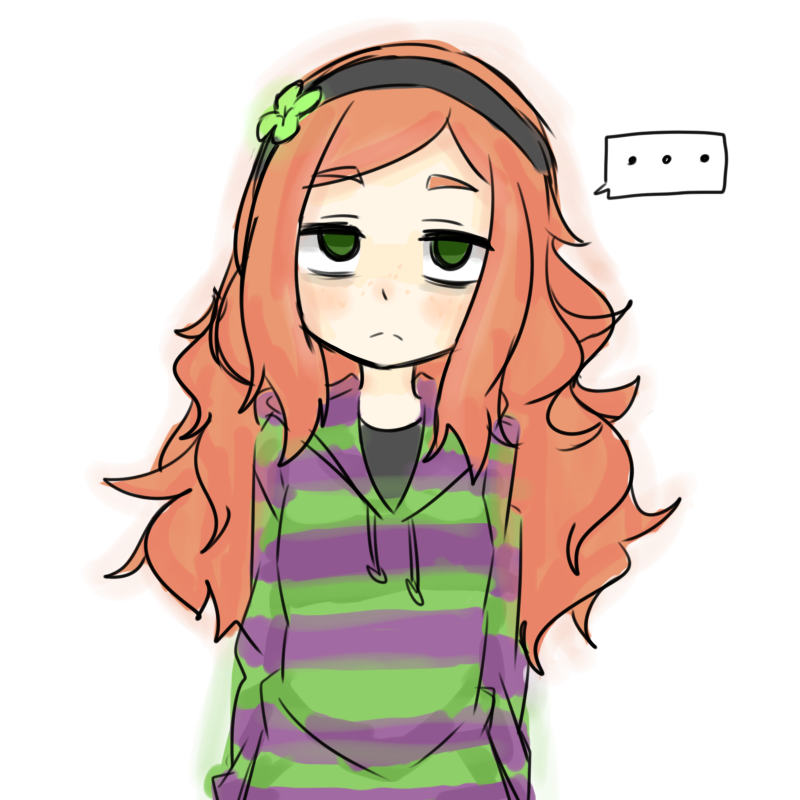 The indie game scene has been going through a  bit of an uproar lately, namely the whole Quinnspiracy.

I thought as an anime retailer, indie game dev/programmer, Let's Player, Flash animator, blogger, former Business Week Columnist and voice actor...I'd make a statement about the whole thing as well since this hits very close to home.  If anyone has seen from my various tweets or following me on Reddit...in short, no I'm not on the Zoe Quinn / game journalism's side.  I'm more on par with Let's Player TotalBiscut, others not financially tied to Kotaku, Polygon, etc or those contractually tied to major channels like Machinima and Polaris and yes, I'm even on the side of 4chan's /v/ on this.

If any of you have known me and this site that's been around long before all of these sites existed...you'll know that we're truly independent and won't pussyfoot around tough subjects for the sake of PR.

I will also use this post to from this point on, denounce Kotaku and advise other anime fans to do so toward that site and of course the whole Gawker network that has for a long while been a pathetic excuse of journalism.  For a long time I've ignored Gawker's terrible practices and have linked, shared and sided with most Kotaku posts.. but from here on in.. no more.  Polygon got my blood boiling last year when there was an obvious agenda behind the Dragon's Crown game review.. a review I've poked fun at in Danielle and our playthroughs of the game...playthroughs that will continue in the fall.

To not get into the rough details of an ongoing PR mess, the summery of what happened is this:

Instead of fighting the topics feminism should fight in the real world against (rape, arranged marriage, REAL misogyny), they want to instead impose their deranged version of what they think causes this on gaming and anime.  No...Samus wearing a sexy outfit is not man culture raping women.  Removing expressive freedom in games and anime to show human sexuality (of either genders) only imposes the same rules to society that extreme religious countries, particularity Muslim countries, do to their citizens.  Last I checked, those countries are absolutely ramped with women being abused and keep them constantly from being true citizens of society.  When we see a sexy anime or game character or cosplayer posing as that character, it's not an attack on women... it's a freedom for that person (man or woman) to express themselves.  The problem with the whole SJW "movement" is that most issues brought up by them are non issues and are hurting any cause ACTUAL feminism does to help abused women across the world.  A girl in a white rich cul-de-sac posting on Tumblr that the sorceress in Dragon's Crown having her boobs jiggle is a "trigger" for her and has "raped" her emotions... puts a wrong image on what feminism is suppose to be.  This obscure image of gaming and anime has been the overall talking piece for the "indie" game scene, game journalism and gaming as a whole for a few years now and thus, if you are not a part of this mindset, you are shunned, banned and any creation you make.. any youtube channel you have is either ignored or banned.

What the revelations of Zoe Quinn has shown is that it goes to the petty nepotism and even sleeping with those in the news organisations to help better your chance for success.  Do I agree with 4Chan and others making personal attacks, giving up personal info (address and phone numbers) of Zoe and others?... no.  Do Does this stuff happen in other industries?.. of course it does and it does also come with this criticism from the fan/userbase, as it should.

To block people from openly discussing the issue and try to come up with ways to not have nepotism and bribing infect the game journalism scene... is a terrible way to combat people who are probably at times going to far with this and personally acting people like Zoe.  Professionally though, they should be questioned and called out for this... instead many tied to channels like Kotaku, Polygon, Machinima, Polaris, etc are joining in on trying to cover it up, the "nothing to see here" move and by bashing the very gamers they are suppose to be serving as both developers and journalists; demonizing all who honestly question the obvious under handed and favoritism that's going on and has been unearthed by what was has been known about Zoe and others.

To make things worse, Zoe went and had reddit admins silence the discussion on r/gaming and I think also r/videos as well.  While all of this was happening, 4chan's /v/ went and created an anime mascot called Vivian (seen in the image above) to do something we don't see often from 4chan, actual positive trolling.

Now, let's get the record straight, am I a 4Channer... not exactly.  This site here, Chuck's Anime Shrine is actually a year older than 4chan.  Moot, 4Chan's creator is an anime fan and my site is actually part of the same family of sites that existed 10+ years ago... 4chan obviously being the far more successful -_-... but I'm still here.

I actually very rarely ever go to 4chan except in situations like this... over the years I've really been a more active member of Reddit, this after the whole Digg situation in 2008.  I know there are many people in 4chan that are well... what SJW can rightfully say are misogynists... but in this situation, 4chan is actually trying to do something right to prove a very valid point.  The point that SJWs like Zoe and those pushing this faux feminism agenda in the gaming industry are not doing this for the betterment of others , but for their own narcissistic motives.  This was proven to be completely true by the actions made over the weekend. Here's an image link to some of the this and the whole topic in general. Here's another video showing another angle on this as well.

Anyways, on to the charity issue and the Vivian character seen in the title image to this wall of text here...

Here's the full story from 4chan on this.  In short, a group who's trying to something god for both charity and women in gaming, The Fine Young Capitalists, was being bashed by Zoe and her f*&^buddies under the the screwed assumption that women are working for free to make games.  Instead, 8% of profits will go to the finalist, 8% to the developers/programmers and the REST to charity.  Vivian James (a play on the word video game/vidiya games) was created to represent the project with the financial backing of many from 4chan.  The charity of choice.. for colon cancer to poke fun at the "butthurt" SJWs feel that a group they hate is doing something actually right for girl gamers and charity.  It's back up today, but yesterday the Indiegogo page was hacked.  The charity has now become an example of 4chan doing something for a positive change and calling out the entire SJW narrative for the fake help they claim they bring... ad thus this hack was a terrible showing of that and what happens when you question this new status quo that's trying to get a foothold on (and sully) indie gaming.

I would like to say officially that we at Chuck's Anime Shrine (my fiancee Danielle and myself) full support The Fine Young Capitalists.

For the record, we do NO support Phil Fish's site, Polytron being hacked..though our opinion of him has made a 180 since first seeing the Indie Gamer movie but we also do not support the president that Zoe Quinn and her bed buddies bring to the table with this.  If there is to be any sort of integrity in indie gaming, there needs to be no favoritism and purposeful doxxing of rival projects.

I have two games in the works, the recently copyrighted Tenshi-Oni game and one (a much smaller scale game just to get out there essentially while I build up Tenshi-Oni) I'm keeping hidden until the end of this week.

As stated I've been a part of this business for a long while... granted for many years on the sidelines.  If I continued my path in 2004, I would have been probably more known than other flash animators, game devs, etc... but now I'm playing a game of catchup.  I have my beautiful fiancee Danielle with me, a person whom I met only a month after this site was made back in April of 2002... I have to reason to do any sexual favors to get my games on the scene and nobody should have to go through any kind of hoop to do so in this industry.
The quality & fun of the game is what should be tested and reviewed, not the underpinning narrative of the year or who slept with who.

Also for the record, I want come out clean about the involvement I have had in this industry, though, again rather light anyways...

In 2007, in addition to adding this blog to the site and the anime store, I made a game review of Final Fantasy VII Crisis Core.  his was a review I made all on my own free will and excitement for the game.  Shortly after, Fathom Events saw the review and for the next batch of game reviews, I was actually given the games to review here on this blog.  This was before Let's Plays and YouTube game reviews took their hold so I was doing it all here on my blog.  I was in a way paid to do them... with the games as the payment.  If I didn't mention this in a prior post, I am now.  It wasn't too long after starting this that Fathom Events ignored my emails and just simply stopped sending me games to review.  I was never though told to make a review go one way or another... I was told to be keep the review as honest as any gamer should.

As for the art assets in Tenshi-Oni and here on this site.  The artist Kenneos provided most of the art all actually on her own free will and thus why I haven't gotten new art since her current paying job has her making artwork like crazy for their site (all watermarked like crazy on there though).  I want to go on the record before somebody accuses me of misogyny that Kenneos was indeed not paid for any of this yet.  Before she wasn't able to give me any more art, I was indeed though planning on giving her a portion of the game's profits once released.  I've on a number of occasions insisted on paying her but she said no to every time I've insisted and instead I've ended up gifting her a Nendoroid or two.  Many of the fan artists who've done images of our characters have done it because they want to and I did set up (and wish to build up) the Cafepress store showcasing their work for them to make money on.  The point I'm getting here is that many artists are unpaid not because of "misogyny" but because they just want their art to be seen and in some cases refuse payment.. just wanting recognition; recognition I hope I've done an ok job with doing and will do for artists who help dnaielle and I out on our game dev projects.

So please, let's get back to gaming but those in the game industry understand this... you have to cater to the gamers first and foremost.  Favoritism and nepotism is shameful and needs to be called out.  ALL game devs, game artists and so forth need an equal chance in this gaming arena, no matter who they are.