Week in Review, Minecraft and Other Info 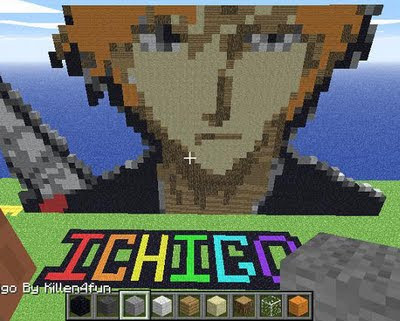 First off, my apologies for the delay in blog posts ^^;;  A few things can contribute to why I didn't post in over a week.  One of those reasons being that the anime store is busy again and add that with the fact I still work a 30 hour a week day job that's 35 miles from home...it becomes a real time killer -_-  Another little bit of news is that as of next month , Danielle and I will be in our own place (finally...Long Island is pointlessly expensive)...so preparations are starting for that. No change to the business address (yet) that will still be there.  Eventually I see us living in a nice big and far less expensive home in Pennsylvania since well... Long Island is really like a Louis Vuitton bag; ridiculously expensive and when you see it..you question WHY?

Speaking of time killers.....with Japan celebrating Golden Week until about today... there hasn't been too much in new anime figure news...except of course for the big announcement of the Puella Magi Madoka Magica Nendoroid Madoka Kaname figure. I'd have her up at the store for you all to reserve but there's a high chance us non-japan anime retailers will get jipped out of what reserve -_- (again, mainly due to idiotic licensing practices).  You could email me though and ask to be on a waiting list...but though I ordered these by the case (12 each case),  I might suddenly be told, "oh well, you get nothing". 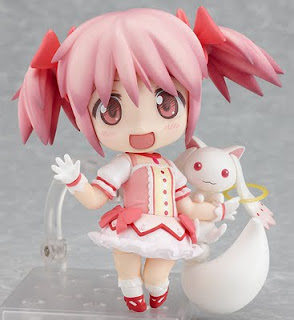 (I better get my case(s) of this one -_-)
So, to kill a bit of time and to have some sort of a video game on my new Macbook...I decided to buy Minecraft.  Due be warned, that game is highly addicting.  My user name is princetrunks and currently my skin is that of Kamina from Gurren Lagann...but I'll either change it to Simon the Digger from GL or create a DBZ Trunks one (can't seem to find it :-/).  Hopefully you guys will see me hanging around some of the multiplayer servers instead of making my little fort in one player.

Also, I hesitated from posting any news since well, everyone here is busy cheering the death of Osama Bin Laden.  Being I was a senior in high school during 9/11 and I'm here in New York...the whole situation was very close to home.  I posted my whole 9/11 story here for those who wish to check it out but in short, though I didn't lose any loved ones that day...I remember walking my school hallway and seeing people drop to the floor in utter sadness since they lost their mom, dad, cousin or friend who were just at their normal day of work in the city.  In short...I'm glad that bastard is gone and I wish I can take on any one of those in Al Qaeda and break them with my own hands (and slice them with my sword).  I would be fine for the military physically and mentally...except he little thing of where I don't want anything to do with the words "yes sir" and having a "superior officer."  If my blog, store and attitude hasn't stated otherwise...I'm not too keen in having someone boss me around.

Here's some quick anime news events I failed to mention in the past week or so ^^;;