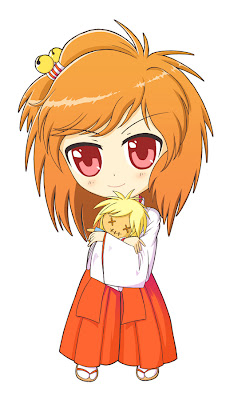 Letting everyone know that the banner/mascot contest for the Black Rock Shooter Figma and Nendoroid figures is now closed.  As most of you know, the BRS project anime aired last night in Japan and everyone is super excited about BRS.   I should also really be talking about San Diego Comic Con 2010..which is coming to a close as we speak as well as Wonfes 2010 ^^;;  Sorry for the last of updates with stuff like that.  For great Wonfest coverage..check out Dannychoo.com, Danny just posted some great figure posts and even a BRS stop motion clip from the makers of Nightmare Before Christmas 0_0  For SDCC2010 info, check G4's coverage.  (I promise I'll drop the day job and run this business full time to get more time to blog >-<)

As for the contest entries I simply loved them.  I have an idea who the winner is actually...but I won't say until the next few days; maybe tomorrow if I have the chance but sometime this week.  There's some stuff I need to set up with the site/storefronts so that the grand prize winner gets all I promised they'd get ^^;;.

The good news is since I only had a handful of artists participating, ALL of your works that I've received will be scrolling up top here and throughout the site ^_^ I  will also link all of your sites/deviant art accounts to both a mascot page I will make and even as a footer to the grand prize winner's bio page.  I might contact one or two of you for help with the next overdo project and that's the video game I plan on making with Fumi, Lily and Fumi's powers.  Participants in that will get either $$, figures or both. In other words...all of you have won the second place prize ^_^

The one bit of bad news I posted a few days back...that Good Smile Company (though looking all BRSy) failed to launch the Black Rock Shooter figures in time for the anime release and so the winner won't get the figures until their new release time-frame of August/September -_-

As some of you can see, your entries are scrolling right now.  Some of you sent a few items a piece (well my site does have 5 mascots if you include Fumi's 3 forms), but to be fair I put one from each person for now.  If you don't see yours, don't fret...it's a random number generator that shows the banner up top ^^;; so you should see yours with a couple refreshes.

I really did like the old banner I put up there with the shrine too...I'll have it as part of the site in one way or another but in the background since none of the characters are mine...and that could lead to trademark issues as this site continues to grow ^^;;

Thank you again all who entered.

(header image thanks to Tommy E.)