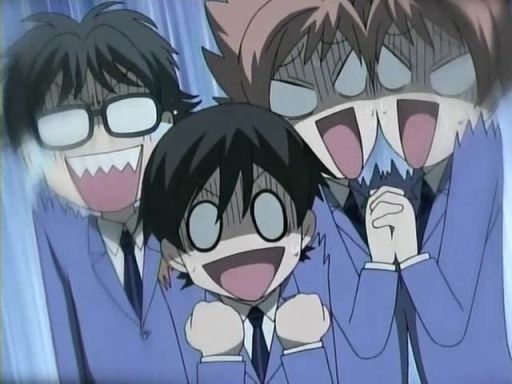 Not the words I'd like to hear from the CEO of the studio I just recently did a freaken anime dubbing class for!!  There is [some] truth (and a bit of giving up) from Eric Sherman's statement though.

So who's killing anime:  Fan Dubbers.  Ok, I'm a big fan of Team Four Star's DBZ Abridged but let face it, fan dubbing IS killing the industry; but as I've said in a previous post, this is a two way street.  We have to ask the question of why anime fan dubbing has gone rampant.  Other than us anime fans wanting to be a part of anime in every way; part of the blame goes to studios here in the US that see a very popular anime...but fail to get it here in due time.  The result, fandamonium and thus fan dubs galore and then no DVD/Blu-ray/download sales. Combine that with the way DVD and Blu-ay sales are being replaced by online and downloads...and thus you will see sales drop.

If I was Eric Sherman, I'd do what any CEO needs to do, and that's getting with the times.  Observe FUNimation; they now take in many fan dubbers and many fans into anime series (of course you still have to go through the voice acting grind).  As Tony Oliver o Bang Zoom! saw from the voice dubbing classes, there's a slew of great voice talent that when combined with the love of anime, it's a potent combination.  Though compared to commercial or video game dubbing, anime dubbing is low pay (at about $70/hour compared to $500 in 4 hours in other dubbing mediums)..but it sure as hell beats what's currently out there in the job market!

Hey, anime sales effect me too since I am a legit anime retailer, but from one CEO to another, Eric, please, don't give up on anime.  The fans are more crazy than ever, the popularity of both DBZ and Sailor Moon will bring back a new age of anime fandom, sales, etc, with or without the help of has-been networks like Cartoon Network.  Also...I was planning on flying to Burbank from here on Long Island, NY so I can drop you guys $1300 for a voice demo CD...so you have future business; don't give up.  There ARE places making money online from anime.  My store profits alone equal that of my (still needed for now) day job and let's not forget Crunchy Roll, they bank good $ from showing mainly free and 100% legit anime on their site.

Here are my suggestions for the anime business to make money:
As for you fan dubbers...well, in defense of Eric Sherman, yeah, calm it down.  Do what I did 8 years ago (and maybe again soon) and make more AMVs.  They aren't as bad in copyright infringement as fan dubbing is and it allows you all to be creative while at the same time promoting an anime for free that will catch on that you love.  I used to and STILL get people telling me that they found an anime from my AMVs.  90% of Fan Dubs are crude, dull and rather pointless on the grand scheme of things (obviously some are pretty good..but hey..it IS killing the industry). I've been in a real anime dubbing booth and sitting in front of your computer and putting a 4 minute piece together with your mom's $40 mic isn't going to get what you want done :-/.

One thing is certain though, anime won't EVER completely die.  Vegeta does have a word for you all though on what might before anime does...