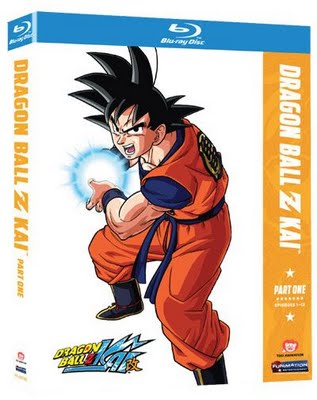 Been expanding the store aspect of this site as you guys might have been able to tell from the recent posts. For a few years now, the store has mainly been catering to anime figures, since well, they sell and help put food on the table. The one thing that has been lacking (besides Gunpla ^^;;) would be the sales of the actual anime that we all so love and dear; the anime DVDs and Blu-ray disks...

Let's face it, the internet age has been killing DVD sales and by the time even a store like mine gets them, the prices get so low and the competition gets so fierce that ANY store that isn't Best-Buy or Walmart that's trying to honestly sell them...will run themselves into the ground within a week. The common tactic of these and other stores online is to sell DVDs for even way less than what it costs them to stock it. In other words, they choose to lose money on the items...mainly so they can scam and overprice people on other stuff in their stores -_- Trust me, I have gotten burned that way by many online & brick and mortor dealers; plus let's not forget the dealers online that say they got the DVD and end up giving you a bootleg with some crappy printed cover -_-

Blu-ray sales on the other-hand, seem to be doing ok, but again, the day for 100% digital downloads is closing in. (oh and let's not forget about the good old anime pirating crap that goes on). Despite that grim future for DVD and eventually Blu-rays, I still decided to expand the store to start to include some great anime Blu-ray disks and yes, even some DVDs.
Will my pricing beat that of the big chains like Amazon, Best-Buy and Walmart? Probably not. Again their tactic is to lose money on these things so that you come back for stuff they overprice. I still sweeten the deal by lowering the price from the retail price AND offer free shipping on them if you live in the US. For those who buy/pre-order I will promise you your copy, even if that means I go and buy it at full retail. But hey, if you end up not getting them, that's just more anime for MY collection.

Three blu-ray disks that I'd like to let you all know about are the ones that just got announced for pre-order; and last but definitely not least,

As for other new DVDs & Blu-rays, these I actually right now: