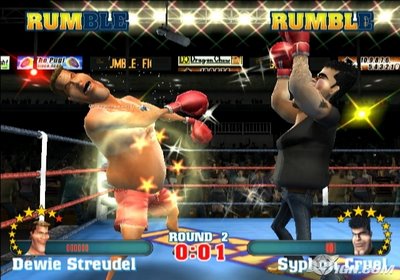 Ever since I was little I was always a fan of Nintendo's Punch-Out!! There is a remake in the works or just recently out but another great title in the small but loved boxing game genre is Ready 2 Rumble.

I remember back when I worked at Kay Bee Toys in 2000 and getting the game for Christmas since it was bundled with my brand new Playstation 2. Some can argue that it wasn't the greatest boxing game but for many gamers who then didn't see a boxing game since the good old days of Punch-out, it was a warm welcome.

It's no surprise now that the popular Wii Boxing has brought this game back for more. Here's the features as per IGN:

More info on gamespy as well. 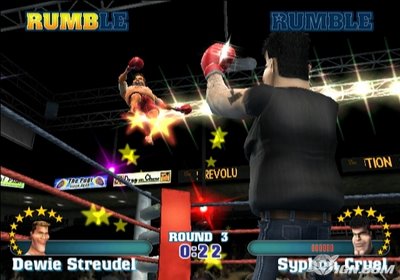 Click the item below to get a sneek peek at this title.
Comes out March 17th.


Oh, also if you pre-order the game at either Walmart, amazon.com or Gamestop you'll get $10 off ^_^