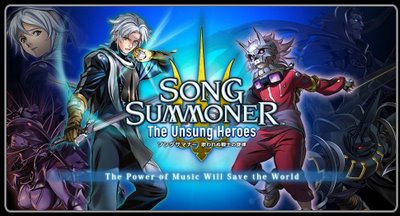 Downloaded this really cool game on iTunes yesterday. In case some of you are not aware, last month Square-Enix took on iPod gaming and created Song Summoner: The Unsung Heros. The main feature about this game is that you can turn your songs into characters for your virtual army. Very cool concept indeed. If you are like me and love Final Fantasy Tactics you will enjoy this game It feels almost the same gameplay-wise. I've only played it for about 2 hours total but already it is the best game in my iPod. Granted the song-to-character generation is mostly random, I have gotten better results by using my J-pop and Final Fantasy music from the official CDs (hint, hint). It doesn't appear that you can trace back what song you actually used for the character once they are made but if you play those very songs later in your iPod, you'll get points and I believe some bonuses when you go back to the game. Probably best to use your most played songs or note down which ones you used. Would also be nice if you could rename your fighters and also have their theme music play during battle to power them up or something but for $5 its still an awesome deal.

Check out the official site with the trailers here.