#SexySamusSaturday and the Problem of SJWs 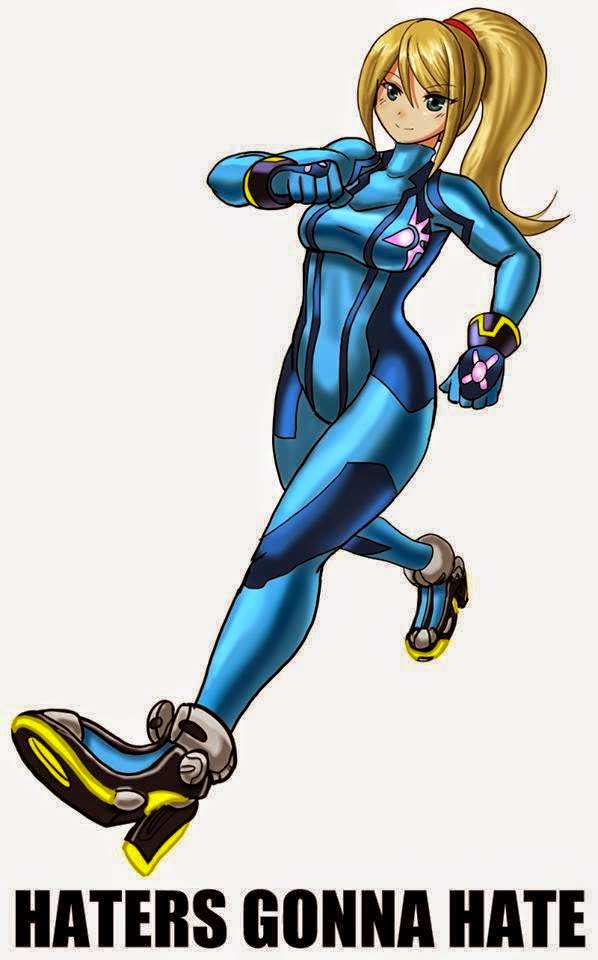 A major issue on the internet has been bubbling for some time.  An issue that has been a detriment to gamers, cosplayers and anime fans alike.  That is, well are, SJWs, or Social Justice Warriors.

Ever since the start of the internet, cyberbullying has existed.  I remember the late 90's and the chat rooms of AOL, later the forums of Newgrounds and the incarnation of what became 2chan and 4chan.  Trust me, I've been there, we both (Danielle and I) have been there.  In the real world and on the internet Danielle and I have been the victims of bullying and gender hating.   As somebody who was more of a mix of an athlete & nerd I didn't get some of the teasing that some of you might have gotten.  Bullying hurts people in the real world and the internet and it's understandable where SJWs come from but it's also important to realize who the SJWs speak for... and it's not us, the ones who have been bullied, teased and abused online and the real world.. they are just a voice for themselves and lost in their own illusion that they aid people.

(How to piss off a SJW: post a sexy gamer girl who knows she's sexy)

SJWs of tumblr and the subreddit r/ShitRedditSays are themselves becoming one of the most offensive / bullying groups on the internet today.  They have been hiding under the guise of social tolerance and fronting much of the talk with feminism in videogames.  I will agree there ARE terrible gamer guys who will degrade and hate women, cosplayers and gamer girls like the SJW claim.  Problem is that this group is performing seppuku on the entire medium in the sake of being politically correct.  They will hate an bash gamer girls and cosplayers who happen to be attractive and ironically perform the very cyberbulling that they claim they are trying to fight against.  Think Westboro Baptist Church but instead of making religion (ok, religion doesn't need the help of WBC to do that) they make feminists and those trying to help the innocent and bullied look bad.

My first encounter with the SJWs happened one year ago, back when there was that situation with Chick-Fil-A.  To recap, the LGBT and allies of LGBT like myself were fronting a movement to boycott Chick-Fil-A because of their anti gay stance. (Granted, it's a damn restaurant and politics and religion have no place in it. ) To fight back against those who are boycotting it, an image of a southern black community church standing together with Chick-Fil-A fried chicken was posted on various sites.  One was on the r/Atheism section where I (princetrunks) left the comment in the vein of "the southern black community's strong religious affliction is a pure example of historical Stockholm Syndrome"  As a former Catholic turned atheist,  I'll add that this is the case for really any young religious people because many aren't given the choice of faith at youth but forced into it anyways.  My comment, though a bit rough on the edges was shot to the top of that topic thread and caught the attention of the SJWs of /r/ShitRedditSays.  In other words, I pissed the BRDs off.  I quickly got harassed and called various names like "shitbag" "neckbeard" "racist" and a plethora of statements.  I got to comment and open up dialog with them on R/ShitRedditSays and without being able to speak an communicate in an adult fashion, I was banned from that subreddit.  This is one of the issues with SJWs...just like the hateful people who are indeed out there that they claim to protect people from... there is a one way direction of communication; a "guilty even if proven innocent" mentality.   Or as SJWs will state: "a man is a rapist even if they never raped a girl" .

Seriously, that's the stuff these people think and it's even sadder that with the help of gaming sites like Polygon and of course various tumblr groups, these bipolar nutjobs whom most themselves never been the victims of rape, teasing and such are ones fronting the dialog about the representation of girls in games and tout as the "voice" of the victims of bullying, rape, racism, political correctiveness, or as SJWs put it: "people not checking their privileges".   It is a worthy topic to talk about... but my goodness are they spinning in too far in the wrong direction.  They will vote down games like Dragon's Crown only because the sorceress is being sexy.  Their bitching led to Polygon giving it a lower score and even making the game creators change the box art.

I'll be blunt.. I one time in my life had to go through therapy because I was ready to KILL guys who sexually harassed, threatened and even raped close people to me when my school district did nothing to defend them.  When a customer in a restaurant or store is harassing a worker.. I stand up to the irate asshat customer and don't stand in the background.  I freaken owned this anime site since 2002 and have defended anime from people who simply hate anime and anime fans for the sake of teasing us.   I know very well how and what it takes to fight for those who ARE being oppressed... but don't let a SJWs campaign to ban Sexy Samus or the Sorceress of Dragon's Crown fool you.  If I go and claim how terrible the heinous culture of arranged marriage is a cancer to cultures in India and elsewhere (something you'd think these people would fight if they are really fighting for women's rights)...they'd yell that I'm a "neckbeard" who needs to check my privileges


(Here's Carlin's take on this.  The SJWs are both pretending to be the voice of those offended, stifling comedy and doing what they can to censor even the slightest "offense")

Even more recently they've gotten into a stink about an offcolor joke done on Game Grumps...and as this post will do as a stand against them.. they are also getting upset with Nintendo about Samus Aran still being sexy (and now sporting heels) in the upcoming Smash Bros game for WiiU.   It's like this episode of South Park... where everyone being offended over EVERYTHING does nothing for the betterment of those oppressed and kills creativity and comedy: 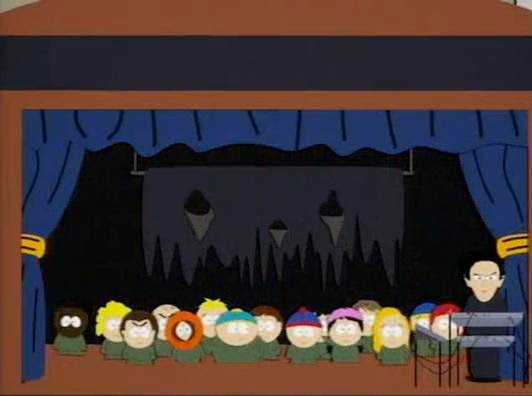 This is where my need to make this post and promote #SexSamusSaturday stems from.  It's a way of telling these SJWs that being a straight male and finding an attractive girl (gamer, anime or real life) sexy, is not criminal.   If they want to help women's rights and stop REAL asshole "neckbeards"...they need to not get offended over this stuff... and check their privileges....because they are stealing everyone's privilege to speak and express... and that...that is not how this world works and they are NOT being of any help to those oppressed,teased and hurt.  The SJWs are themselves offending us who have been hurt, teased and whom have defended victims in the real world. 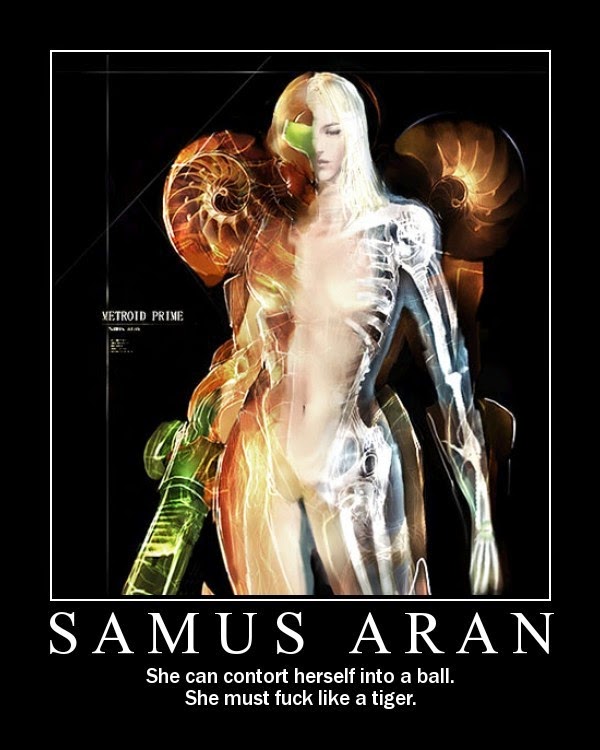 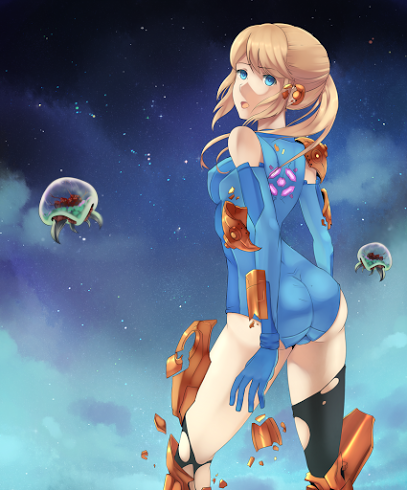 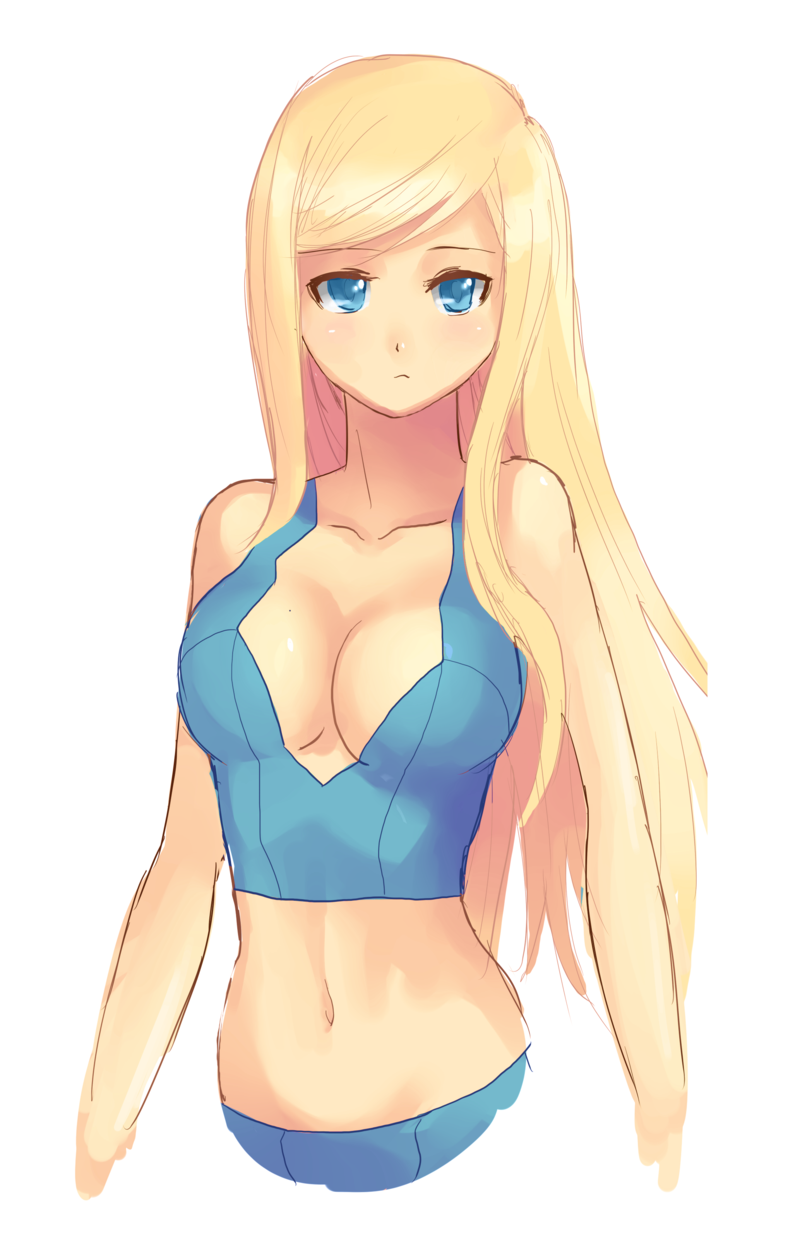 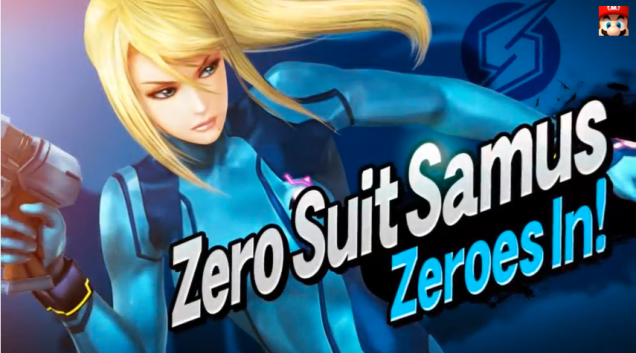 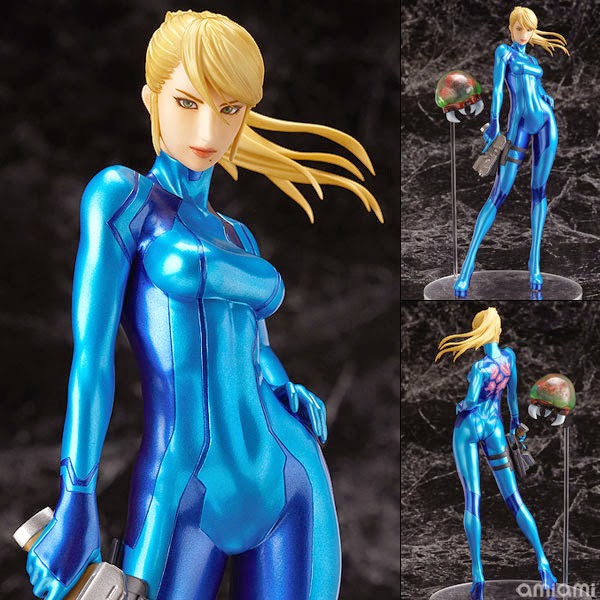 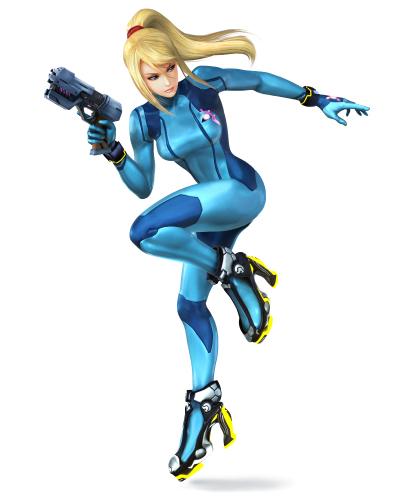 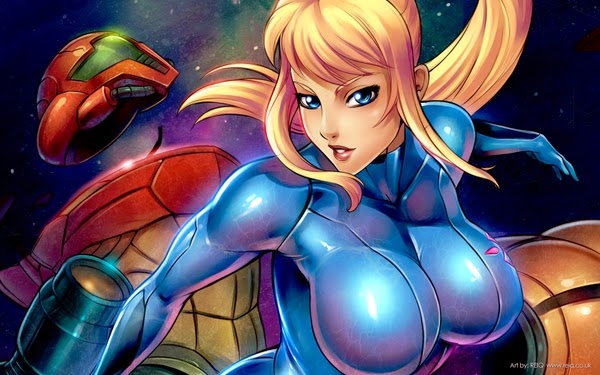 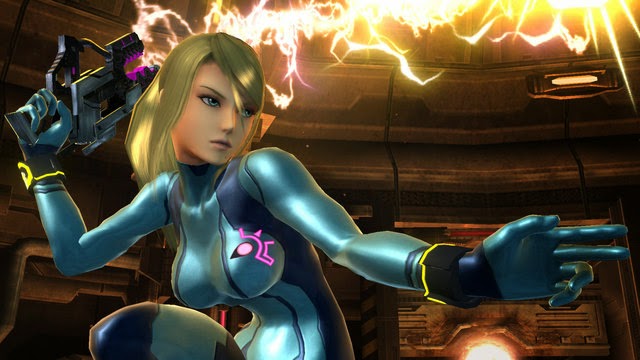