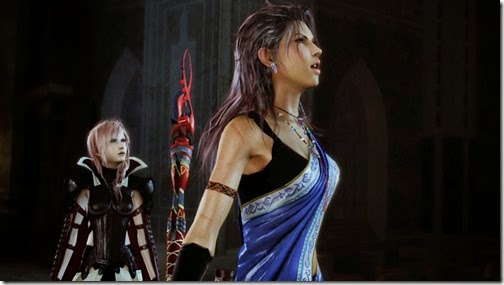 Across the internet today, word is out that Sony is selling all of it's entire stock in Square-Enix; roughly $47 million worth.  Now, mind you, we know that Square-Enix has been having issues with some of the fans when it comes to amongst other things, drawn out sequels and forced characters.  Square-Enix though has had some success and even the urge to go back to JRPGs thanks to better than expected sales with the Bravely Default game.

The fiscal numbers for Sony isn't out yet and many of the gaming news news sites are creating an idiotic panic fueling a "is Square Enix going down?" fear.  The truth of the matter is actually the opposite.  This is a question I actually can answer because I work somewhat with Sony... just sadly not their gaming division.

For almost 8 years now, I've been the web content editor for a pro camera store out on Long Island.  we are literately down the road from the US headquarters of Canon and Nikon.  One of the other manufactures we sell products for, work with sales & tech reps for.. is Sony.  Sony's DSLR division in addition to their PlayStation division as we gamers and anime fans know... are actually Sony's only current profitable divisions.  You see, Sony's been having a bit of an identity crisis since the 1990s.  The days of the Walkman are long gone.. as seen from this recent post by People Magazine and others a few days back.  Just..don't tell that to Sony.  From the ongoing success of the PlayStation from PS1 to PS4 and being the third/fourth wheel in the pro camera department, Sony's departments (all terribly disjointed mind you) thought that they were still the grand kings of ALL of electronics.  Despite the rise of Apple, Samsung, LG and other electronic manufacturers...Sony still mentally held on to the notion that they were, in the rest of the electronics market, as great as they were in the 80's and 90's in the years before Playstation when the Walkman was their cash cow.

I personally saw this ignorance to this reality evident in the pricing policies that they enforced in their DSLR division a few years back.  At around 2009 and 2010, Sony, and then later followed by Nikon and others, created a very strict MAP (Minimum Advertising Policy) to their camera products.  They call it their SURE Policy and every reseller (ok except apparently the seller in Japan and China) MUST abide by it.  MAP policies are basically a company saying, "If you sell x or y product for any lower than the MAP price, you lose your rights to sell that product or even lose the rights to sell ANY Sony product."  This forced pricing and in some cases for the consumer, price fixing/gouging was done and later copied and named silly stuff like MVP/UPP, etc by other companies to deter online sellers for selling the products at a deep discount.  Makes scene for the reseller and boy at times I wish this was the case for the anime products I sell, but not only do these policies get REALLY silly, they most of the time ignore the fact that most of the time, the current online selling price IS the real value of that product.  Many drop in value quick because in 2-3 months they are all replaced by a marginally better product (trust me I add these damn things daily to my job's site).  Also, as stated before... a US retailer will be barraged with policies while a Japan-local dealer will oddly be excluded from such policies.  Sony's SURE policies are some of the dumbiest in all of MAP policies, even out derping Nikon's MVP price fixing / regional locking policy.  Sony tells us to make sure there's at least three bullet points and a Sony reseller sticker on their product listings or risk being flagged.  Really, really stupid stuff.

Sony's attitude in this market is that they are the TOP electronics company...but anyone alive in the past 10-15 years can tell you that their Playstation is all we know and care about.  all of those other divisions must be bleeding money... and yep they are

So, how do I know this info before the numbers go out that Sony is hurting?  Well, straight from people I know in their SLR division. As of two weeks ago, their Camera Division had 40% of their workforce cut. Mind you this one of Sony's profitable divisions.  Every division is seeing this and it comes to no surprise that the sell off of Square-Enix stock is a desperate money grab for Sony.  The reality they tried to hide in their SURE polices and their marketing is finally starting to come to fruition and Sony's new management is doing what it needs to cut the fat and grab all they can.

The terrible thing about this is that people will think Square-Enix is the one falling when in reality it's Sony.  Either way it's not good for either company but before you think Meteor is falling realize the force of desperation in this move is coming form Sony as they realign their goals, NOT Square-Enix.  Even in the Gamespot article they tell of this.

Keep an eye for Sony's numbers after today, I bet you all they will show a loss in their other departments and lower forecast profits in their only two good divisions left.