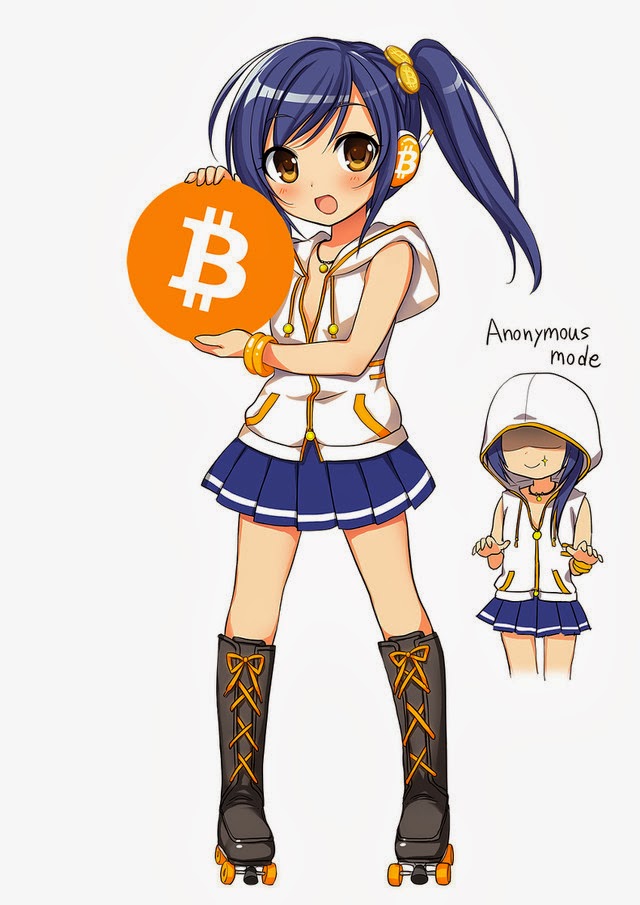 Pardon the Bitcoin-heavy title but I thought it'd be best to post this all together in a single post ^^;; 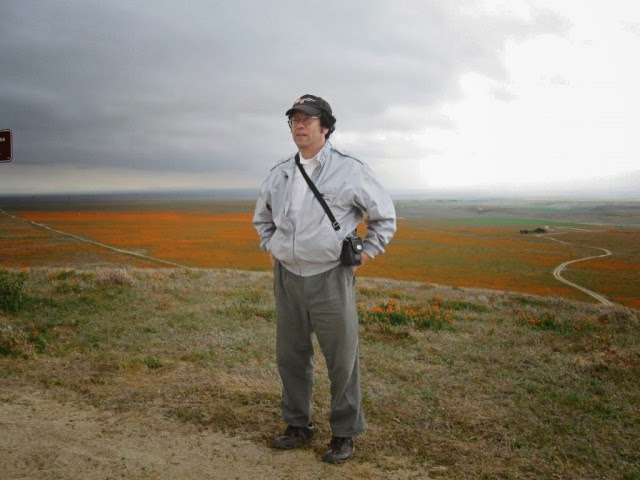 Bitcoin is in the news again today but thankfully not due to something negative/naysaying like that whole Mt. Gox issue.  Instead, today the creator of this open sourced currency finally revealed who his is.  Before today, he was only known as "Satoshi".  I'll admit, before I began to understand Bitcoin and crypto currencies, his secretive identity for a while lead me to not want to be bothered by it; as has been the case with many people who aren't computer scientists like myself, who can appreciate the potential such a system can have.  Satoshi was revealed as Satoshi Nakamoto, a 64 year old Japanese-American who was once an engineer for RCA.  As many of us anime fans know about some famous anime celebrities, particularly manga artists / novel writers, Satoshi kept his secrecy mainly because he didn't want to be out in public doing meetings, press conferences and the like. also, the system works for itself with or without him...which is what us business owners and computer scientists share in our goals for the different projects an businesses we strive to create.   Bitcoin being OpenSource allows that and of course helped create the multitude of other cryptocurrencies... like the one time joke currency of DogeCoin which recently was the funding source behind the Jamaican bobsled team making it the recently ended 2014 Winter Olympics in Sochi.  Now that there's a face to Bitcoin's creation, with the transparency of it's opensource nature, hopefully this means even more adoption and trust in the currency even after the separate entities like BTC exchanges sometimes are not trustworthy to their clientele (ie: Mt. Gox) 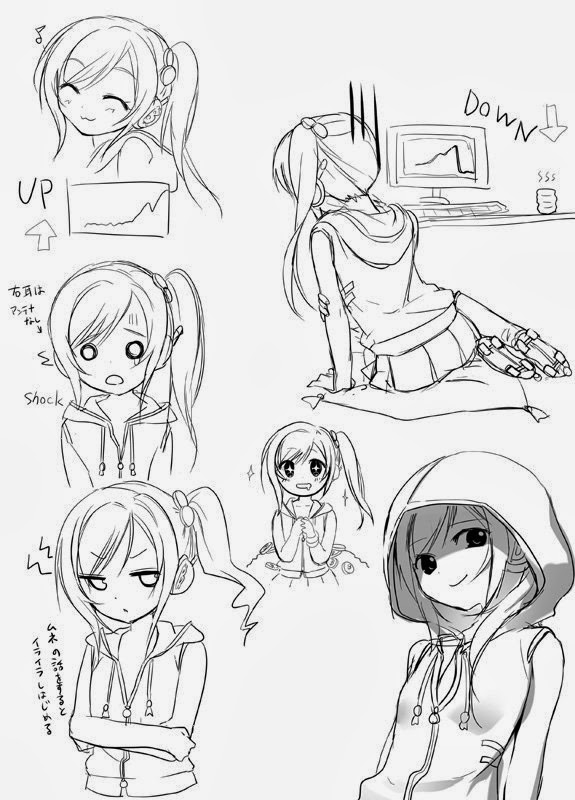 As shown by CrunchyRoll, Bitcoin recently got it's own anime mascot, Bitcoin-chan.  This cute mascot was made by Eroge artist Mochiko Kagamino (warning, NSFW link!).  She's become a free-to-use mascot (except for product sales) and will have a manga strip soon.

Buy Anime Figures With Bitcoin! (thanks to us here on Chuck's Anime Shrine!) 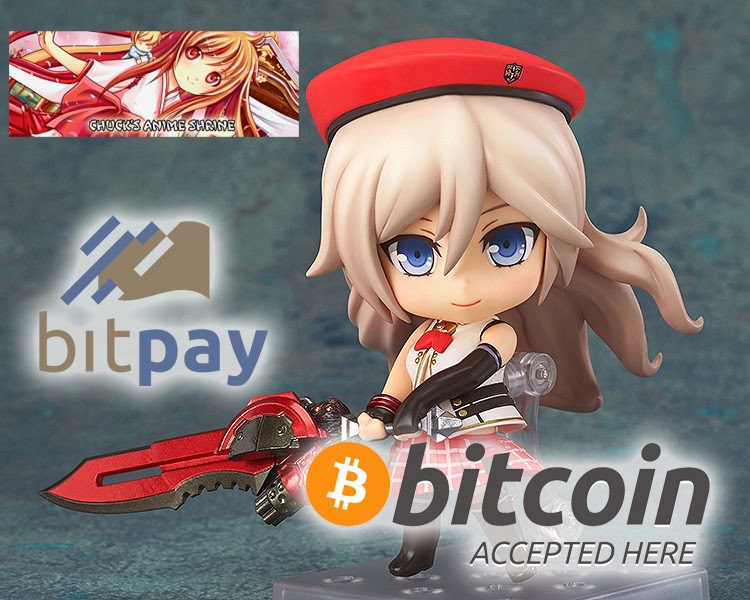 I'm not 100% certain if I can make this claim but screw it, I'll do it anyway until somebody shows me proof otherwise....

As of last week, on Friday February 28th 2014, we here at Chuck's Anime Shrine became the FIRST (?) official anime retailer to offer payment of anime figures and anime-related merchandise in Bitcoin!

The store is still building up from the once bustling business it was before Hurricane Sandy but we are proud to say that if you wish to pay for anime goods in Bitcoin, you can do that HERE.  We utilize a secure SSL setup insite with the added security of an external Bitpay account to process your payments in Bitcoin based on it's value at that very moment.  More details and fine print will be posted in our store section in the coming week concerning Bitcoin transactions but we join the ranks of Overstock.com and Tiger Direct when it comes to Bitcoin.  So don't be scared of Bitcoin.  Give the banks corporations something to sweat about and get your anime goods with those Satoshis.