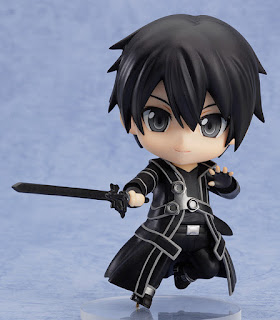 With only two episodes supposedly left in the Sword Art Online anime, Good Smile Company last night announced the figure we knew was in production, the Nendoroid Kirito Figure.  GSC doesn't fail to impress with this new figure pre-order announcement.  Kirito looks really well designed, matching him perfectly (well, in chibi form).   A wonderful complement to the really cute Asuna Nendoroid (that I'm going to collect too ^^).  Thought Kirito's announcement would make a perfect restart for my figure blog posts and to also announce that my store is back in gear and…if you might have seen on the front page, loaded with a bunch of new figure pre-orders ^^

As for Kirito, he's scheduled to be released in Japan in May 2013…but the US release tends to be 1-2 months after (-_-) if there isn't any delays on the Japan release.   Check out more images below. 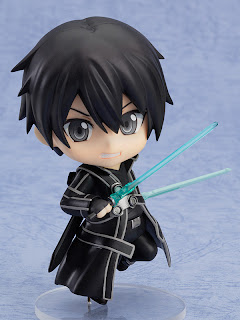 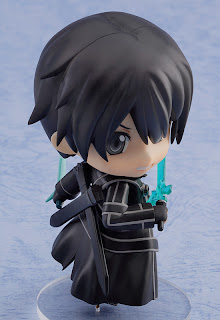 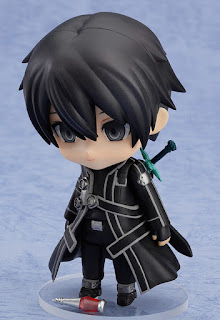 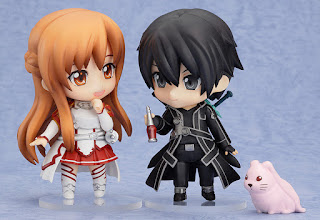 Note to my pending figure customers:

Just wanted to also let my anime figure customers patiently waiting to know that your figures are on the way.  I was, as stated in my emails, notified by my suppliers of a number of figure releases here in the states but the financial burdens brought about by Hurricane Sandy has added additional delays in addition to the typical delays us US anime figure collectors get from the suppliers.  I felt a bit guilty putting up a bunch of figure pre-orders when of course there's been a month+ of "hey, your figure's coming."  Just wanted to know, they are…just waiting for AAAanime.com to release the figures I emailed you all about.  I was told a number of times I'd get a final invoice but due to the holiday season making them busy and a bit of payment delays on my end from recovering from Hurricane Sandy… they still have yet to send the latest batch ^^;; .. this will be changing this week though as everything on my end is set…but due to the holiday rush, AAAanime.com has been inundated with shipments and I'm on the bottom of their list at the moment it seems  ^^';;.

I want this post and the recent surge of figure pre-orders on the store page to let you all know, in short, business is back in gear and after this delayed batch…the only delays in the future will be due to the suppliers & manufacturers directly.  The past two months were tough due to the storm but it's all coming back ^^