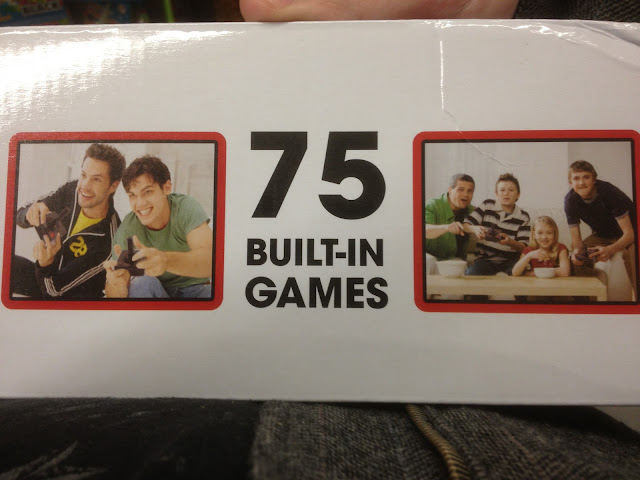 The Atari 2600... it was my first introduction to video games when I was a small child and when I say small child, I mean really small.  I was born in November of 1983 and already I could have been predicted to become a game programmer, since little infant me was showing my mom how to get the VCR to work..as she most of the time didn't know how to.  I was fascinated with the ability to control what was on the TV and tinkering with the latest electronics was probably my first skill before I even spoke my first sentence.  My father soon got for himself (and me) the slim version of the Atari 2600.  The ability to control the TV soon took a new meaning when I first held the joystick controller and played my first game, PacMan Jr. Then, for my 2nd birthday I can remember vividly opening my gifts, which were a number of 2600 games like Yar's Revenge and PitFall! and I can still recall jumping up and down in pure joy at sight of new games. No joke, little 2 year old me would actually cuddle with the new games in the crib similarly to how kids cuddle with their favorite stuffed animals.  (my bedtime friends were the Pitfall! cartridge and a big Fievel plush).  I actually beat Pacman Jr. before getting these new gifts...ok, there was no "beating" PacMan Jr. since it had 4 revolving stages; the last being a giant dark-green map with a harp bonus bouncing around the stage (see, I still remember).

Why am I bringing up my first foray into videogames...that inevitably got me into anime as well?... well, because a god damn 2 year old knew how to hold an Atari 2600 controller!

Did you see this mess here?  Ok, what you are looking at is a "new" Atari 2600.  Saw it today at Family Dollar near a similar Sega Genesis.  It's not the true system with the ability to add cartridges, etc....just one of those instant plug-into-the-TV-with-RGB-cords things.  I have the one that's just the controller with about 5 games built into it but this one looks like the original, non-slim 2600 with two controllers and 75 games (most I have though).. and for only $30.  Pretty sweet deal actually but I can't help but laugh at the sheer stupidity going on in the promo photos on it's box.  Do they think they are holding a PS3 controller with sixaxis functionality?!  I mean, what is this?!...I don't even.  Every hired actor in these pictures are holding the controller so wrong.  Have the models for this shot never played videogames before?  Was the set up for this photo shoot like:

Director:  "Ok...we need a shot of the entire controller too, but we need you to still 'act' like you are playing."

Actor Derp #1:  "Isn't this how we actually play the games, though?"

Director: "The fuck if I know. I wasn't taught 'Joystick Holding 101' in my 5th year of Liberal Arts...that was back high school drama class."

Actor Derp #2: "No worries here boss. I'm an expert at Angry Birds and Words With Friends... I got this."


I think everyone in those images need to go back in time to 1985 and get some lessons in video game playing from 2 year old me (Great Scott!)

Here, by the way, is a current image of my precious first video game system. 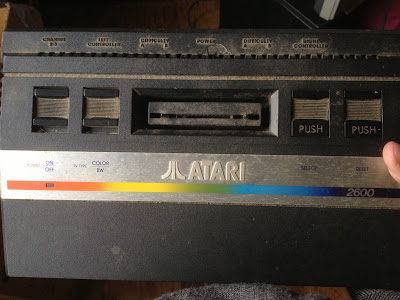 Sadly, it's been sitting lonely in my old room's closet back at my parent's house.  Took it out for this photo op and because I'm trying to get all of my systems out to play (and clean if they are looking like this)