Anime Blog is Back 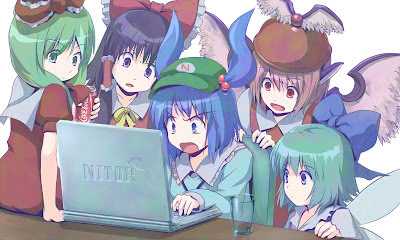 My Tenshi-Oni programming and the busy life of still having a 35+ hour desk job along with the steady anime figure business and add in the fact that I moved to a new place...one could see why the blog and the other parts of the site have once again collected a slight bit of dust.

As of this month, ChucksAnimeShrine.com is 10 years old! ^_^  Thought the main parts of the fan-site haven't grown nearly as much as I'd like it to have in this decade.  It's great to know that I'm one of the first anime fan sites and also one of the last anime fan sites left from 10 years ago.  I've seen 3rd party features die off a number of times; particularly those of the Google variety.  Here's a list of features my site has outlived....hell just in the past 4-5 years:

Lots to do but...as you guys can see; the commenting is back.  Thanks to Disqus, you can comment, rate, retweet, etc on the blog posts.  Once I finish installing it to the Members Blog...it will make that section of the site actually worth blogging on.  Hopefully, Disqus will be here to stay for a long time...I'm tired of dealing with what essentially is "internet rust."