Summer Wars To Be Submitted For An Oscar Nomination 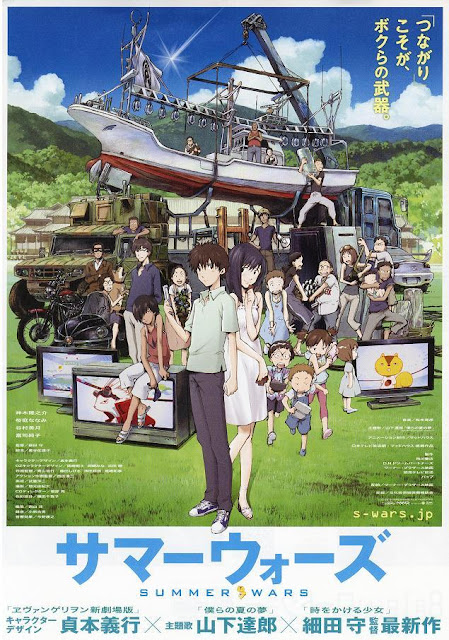 Here's some very cool news coming from Anime News Network and TheWrap, it appears that Funimation is going to submit Summer Wars to for an Oscar nomination.  It looks to be too close to tell if it'll actual get the cut into the final list, but here's hoping for director Mamoru Hosoda, the animation team and voice actors involved with this anime. As much as I love the Hayao Miyazaki movies and how they have gotten the acclaim in the past; to see a more otaku-brand anime reach the mainstream would be a great benefit to the industry and will give the artistic credit back where it needs to be...to the real masters of animation...Japan. It'll have some really tough competition though with Toy Story 3 How to Train Your Dragon and Megamind already in the list of possible nominees. Though these are great movies in their own rights (particularly Toy Story 3), they are heavily, heavily marketed and stuff down the throats of the general public -_-

Summer Wars is a force to be reckoned with for those nay-sayers out there.  It beat out Evangelion 2.0 in DVD/Blu-ray sales.

(Edit: reading back it appeared I said that Miyazaki' work wasn't truley Japanese ^^;; Not what I meant.  I meant that it would be good to see anime back in the Oscar spotlight and that it's even cooler that a more hardcore anime be in that list.  Miyazaki's work is beyond amazing, it's just he does gear them now for a world wide market)