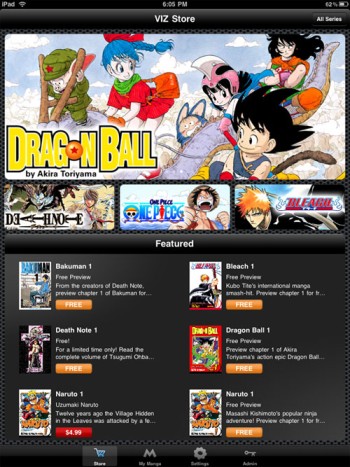 With the iPad being a great way for us anime fans to read manga, it was a matter of time before the manga publishers were to get their own apps added (before the stupid scanlations where to jump the market.)

As of today, Viz Media has released their own iPad app for us to buy, download and read manga. Each manga will be $5 to purchase but for those who want to get something for nothing... Viz is giving out volume 1 of Death Note for free ^_^  The $5 mark also beats out Yen Press' per manga price on their app, so expect some pricing wars between the two companies to maybe pan out.

(thanks to old twitter buddy @animealmanac for breaking the news)