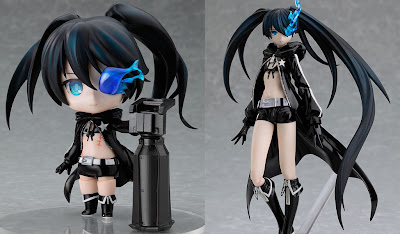 Got some bad news for those of you waiting for the Black Rock Shooter Nendoroid and Figma figures :-( Based on credible sources from both nekomagic.com and the fact that I have yet to get a notice from Good Smile Company and Max Factory...the Nendoroid and Figma Black Rock Shooters are pushed back until August -_-  They were suppose to be released to coincide with the July 24th release of the BRS anime airing in Japan (as well as my contest for them, =_=)  Seems like we have to wait a bit longer for these.  There are also some other figures of note on Nekomagic's list.