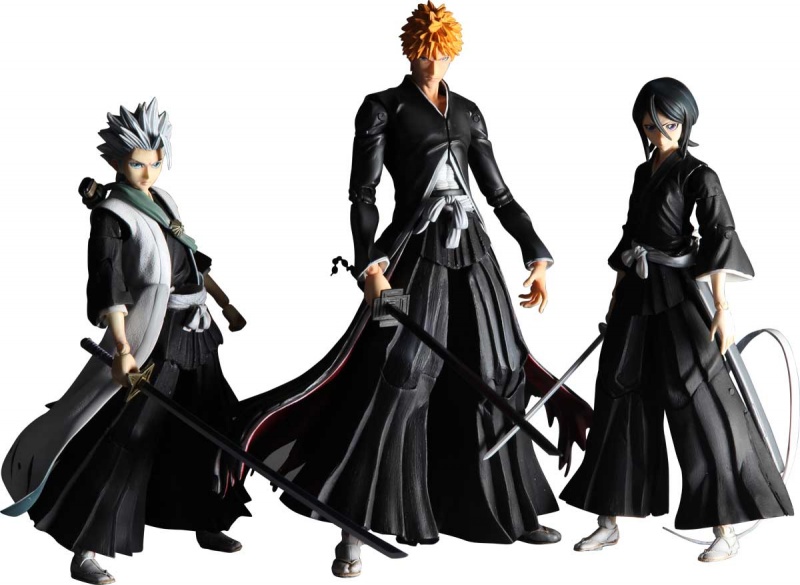 Square-Enix last week announced they are expanding their Kai figure line to the hit series, Bleach.  The first set of figures look pretty descent. for those who aren't familiar with the new "Kai" figures, they basically are upgraded versions of Square's already popular Play Arts line.  These figures will run you a bit more money than the Play Arts figures at around $45 but that's still a very good deal considering the price of most 1/8th scale anime figures nowadays (damn US dollar losing to he yen -_-)

The first Bleach Kai set includes Rukia (with Kon), Hitsugaya, and bankai form Ichigo.  I'm a fan of all three but Ichigo seems to be my fave of the three and will probably decorate my work desk come November when they arrive state side.

Of course, you can view them, pre-order them in the store ^^  Hopefully Square-Enix keeps up this line. The FFXIII Kai figures turned out great (particularly Lightning).

Here's some more pic of them...check out more on their product pages