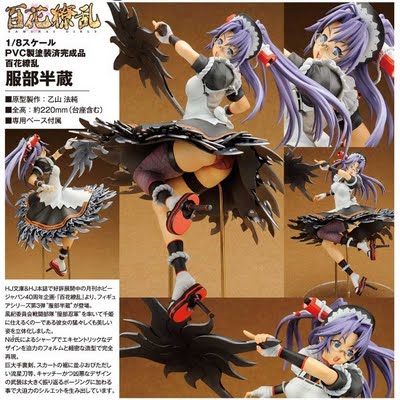 Update(10/17/09): Hattori Hanzo was announced for official US distribution.

Got her up for pre-order here.
Here's another figure I'm putting on my "Must Buy 0_0" list. From the series Hyakka Ryoran, aka "Samurai Girls" comes this recently announced figure of Hattori Hanzo. She won't be in till around March in Japan (April or later in the states -_-) but this figure is on my watch list for sure. If I can nab a few for my store, you'll see here up there. She retails for about 9240 yen or about $105 USD, is made by Alter and is a 1/8th scale, so roughly 220mm. 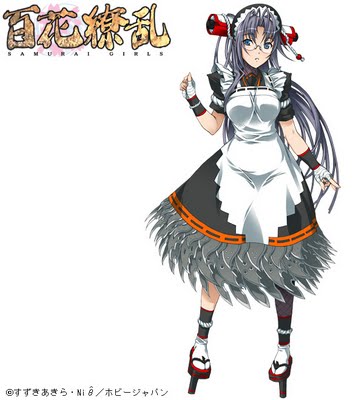 My God don't go anywhere near her if she spins...that'll be instant death