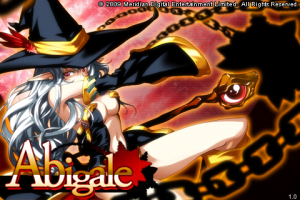 Anime games are still a bit rare on the iPhone but they are slowly coming up in numbers. Well, this game in particular caught my eyes for two reasons. First off, its an anime game on the iPhone that has an anime girl as the main character. I downloaded Abigale which, by the way is by Japanese mobile developer, Meridian. It's a 2D side scrolling shooter with very nice graphics, a story, a bunch of levels and a few bosses as well. Better yet, it's only about $.99 for the intro rate and will soon only go up to about $2.00 or so after. The only issue really with it is that its got no music...kind of a downer but I'd expect maybe a later version will have music.

And as for the other reason why this caught my eye...well this will only be relevant to people who've followed my site over the past couple of years. On and off in my very rare "free time" I've been working on a gaming project I've called "Project Fumi" Since 2003 I've always wanted a mascot for the site and also wanted to create a game pertaining to her. This game, Abigail is basically the game I had in mind...but with some differences of course. These improvements would make the game better than Abigale...if I only had the damn time to draw better images than my first ones, the sprites and of course finish the game engine in which I have a bit done. ::sigh:: 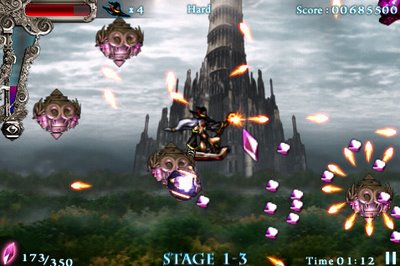 Anyways, here's the video of the game on youtube:


Big thanks to TouchArcade for introducing this app and for providing the video.