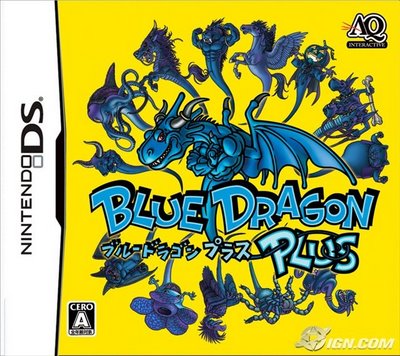 Just got back for the 2009 New York Comic Con and before I do a full post on the events, just wanted to post about something that you'd enjoy. Of course you know that the new Nintendo DS game: Blue Dragon Plus is on its way and is looking great. I am a fan of Akira Toriyama of course since he's the man behind the Dragon Ball Sagas, Chrono Trigger and Dragon Quest. I'll admit, I've only seen a bit of this series but in a few short weeks, I'll be doing a full hands on review to this game. It was promoed at NYCC09 along with a slew of other cool games. 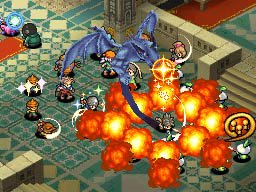 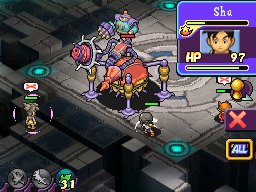 Here's some features and specs for some of you that don't know of it yet:

One year has passed since Shu and his companions defeated the tyrannical remnant of the Ancients, Nene. In the midst of the battle, the world split in two and now consists of a myriad of “cubes” that exploded from its depths. In one of these cubes, King Jibral stands on the balcony of Neo Jibral Castle and surveys the scene before him. He notices a mysterious cube in the distance suddenly start to move violently, and from it he sees the Shadow of a Balaur, a three-headed dragon, emerge. The enormous and sinister Shadow is just the beginning of the new turmoil and devastation to come.

Check out one of the trailers below: