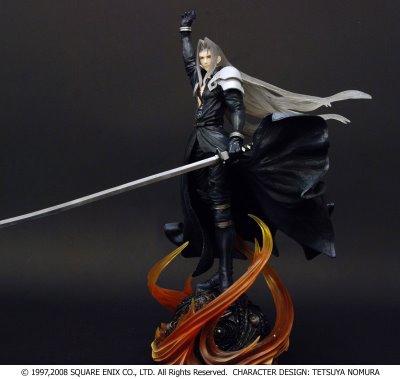 Some exciting news from Square-Enix with the recent announcement of even more new figures! Many of you are aware of the new Crisis Core figures that will arrive state side beginning 09 but as of yesterday, one of my dealers gave the go-ahead to pre-order the latest in the line of Final Fantasy and Kingdom Hearts figures.

Set to arrive some time near March-April here in the states comes these 6 figures Square-Enix: 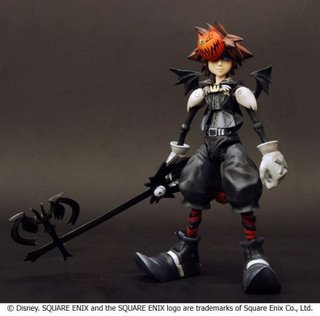 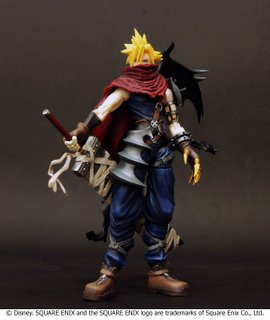 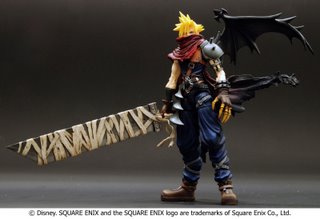 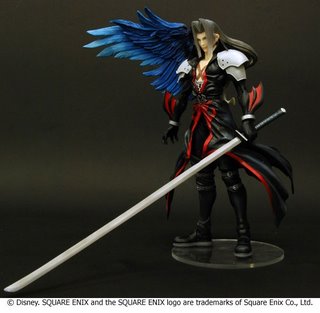 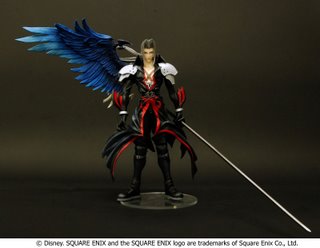 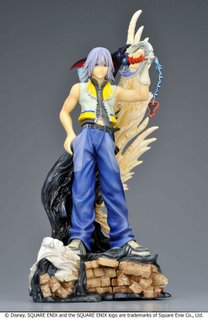 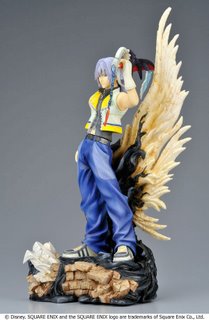 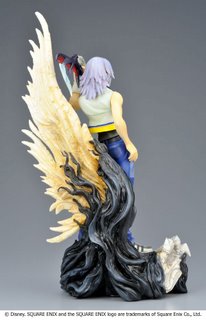 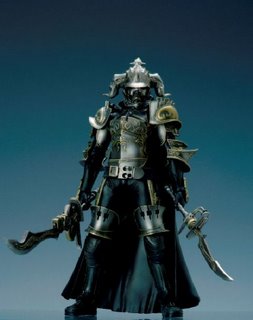 One in particular that catches my eye of course would be the Sephiroth Static Arts figure. This is really the first time since the old resin models that the characters from Final Fantasy VII are made into the standard, static PVC models. For a long time FFVII figures have been mainly the simple and poseable Play Arts $30 figures (minus those rather recent $400 models), which are great but many figure collectors look for those figures that are high in quality (and not over $400) that match more of say the figures of Good Smile Company.

Lets not forget the Crisis Core Figures as well: 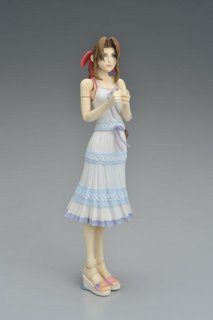 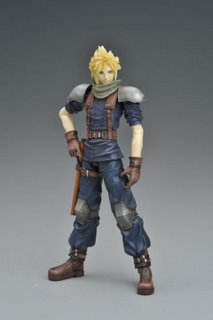 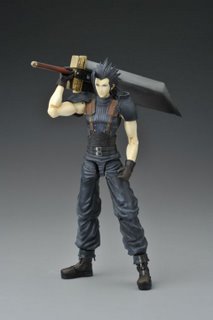 As part of my site and store's expansion, I of course went and pre-ordered a bunch of every one of these figures for you guys. Check out the Final Fantasy + Kingdom Hearts sections of the store to put in any pre-orders*. The exact quantities that I should be getting are in the system but like all anime figures, they are usually limited edition and will sell quick ^_~

*Currently the store only allows for pre-order reserves by paying the full amount for the figure(s) but you can simply ask to be on the waiting list by emailing me here. People who pay for the figures in advance do get the figures first though and if you pay or not for pre-order figures you can always cancel at any time...just be sure to message me in advance ^_^...oh and shipping is FREE if you buy $100 or more and are in the US.