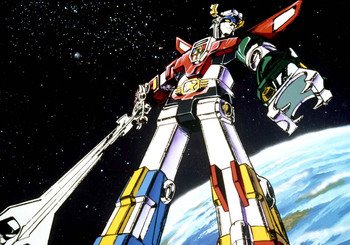 I didn't even know there was even one in production but as of Anime News Network not too long ago, a Fox company (so you know where this is going) named New Regency canceled its plan on making a Voltron film. From the same company that was dumb enough to cancel Family Guy, twice comes this news which might be too bad since Fox is already working on messing up the entire
Dragon Ball saga with the American-made (a curse word to any otaku) Dragon Ball film set for 09. Lets hope eventually I'm wrong on both stories ~_~ and somebody in the states makes something worth our while here.