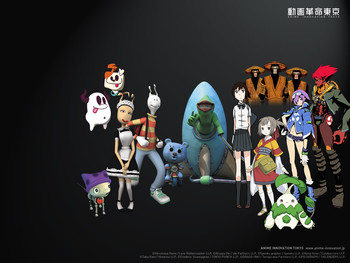 This is great news on many levels. First off is that the Anime Innovation Tokyo event is coming soon. It's an event held by both THINK (Neko Rahmen, Synthesisa) and Tokyo Metropolitan Government that allows new talent in the anime world to be seen. Secondly, THINK is letting Crunchyroll.com host the event online. If some of you didn't know, crunchyroll used to get a bad rap like many of us that stream anime content online. To see them work with the industry this close comes to show that anime sites like here at Chuck's Anime Shrine and others are now finally being seen by the industry as viable sources of free advertisement that help grow the anime business, not hurt it as they originally thought. In other words, AMV creators can feel a bit less criminal since they are exposing great anime to fans without the companies spending a dime. Now as for the music industry getting into the 21st century...that's another story.

Thanks to Anime News Network for the info.