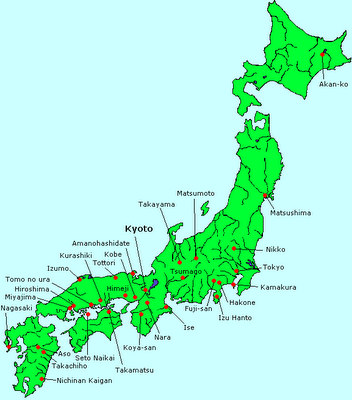 Check out this bit of news straight from CNN. Ayman Al-Zawahiri, Al Qaeda's 2nd religious idiot in command just stated how they are yet again going to attack the west. We heard this numerous times by Al Qaeda but now they are putting Japan in the mix. As both a New Yorker and an Otaku, I'd like to frankly say I'm pissed. I was in my senior year in high school when 9-11 happened and many of my friends lost lots of family members. This blog gets high up in the search engines so if any one of you religious low-lives in Al Qaeda wants a piece of me, I'll gladly fight ~_~.
Most of us otaku have something that many overly religious people of all religious background lack... common sense. For thousands of years too many have lost their lives to evil organizations like Al Qaeda and other religious nuts just because they want to prove their imaginary guy in the sky is less fake than another imaginary guy in the sky.
Of course we all doubt Al Qaeda will do anything since the whole world has their eyes on them but I would love to see a youtube clip of one of them getting beaten by an otaku or just any random person in Japan or here in the US... if they try.

(Pardon the rather strong message in this post. I will be back for more cute anime girl figures and other cool stuff ^ ^;)