The Loss of A Friend and The Song of Our Return 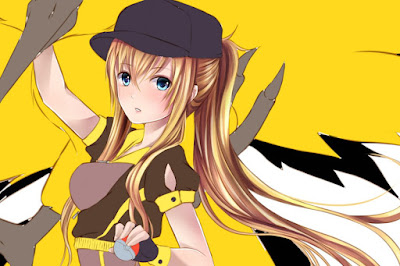 2016 has been an interesting year.  It started on a promising note after a low point for me when I had to quit from the NYC job that originally freed me from a dead end job.  It was a horrid place to work for and a perfect example of the clueless world of the "posh" NYC elite.  Things changed for us when I got the position as a Unity developer for a smaller startup company that was in desperate need to finish a project for a beer company.  Without the efforts of me and my fellow devs, the company would have fell apart.  As stated in the prior posts, success came after working the longest consecutive hours I've ever had to do.  The rewards since have been wonderful.  2016, despite what is popular right now, was and will probably one of the greatest years in my life.  Danielle and I, after dating only a month after launching this site almost 15 years ago and being engaged since 2007...finally, finally got married in September.  Here's a picture of us...not too often do I show anything buy anime on the site but I do like shutting up the complainers of 2016... 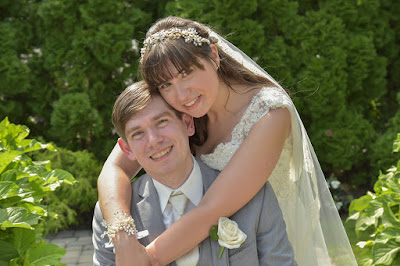 Not everything was happy and wonderful for us in 2016.  This was stated a while back on our Facebook page but I also promised to talk more about this...

Just before our wedding in September, we lost a dear friend and somebody who was very important to us at Chuck's Anime Shrine.  Our main artist and probably one of our site's number one fans, Kenneos (real name, Victoria Chamizo)... tragically passed away.  It was real a shock for Danielle and I.  Her death and the fact that I've been extremely busy as the now lead developer of my current job... is why this blog and site was left dormant yet again for much of the year.

Here are some pictures Kenneos made for us. 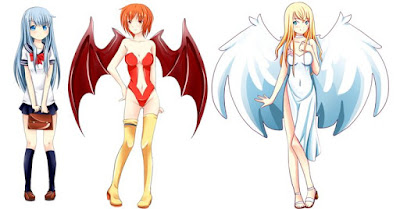 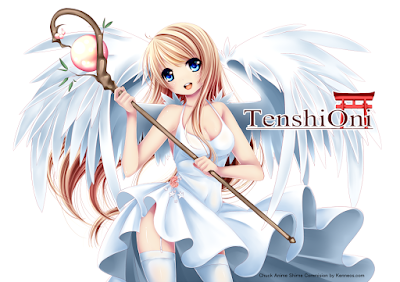 This picture was the last one she made.  Since our mascots matched the Pokemon Go Team colors so she was to draw all three with their respected teams; Fumi for Team Mystic, Demon for Team Valor and Angel Fumi for Team Instinct.. seen below.  This was the only one she was able to finish since she past away shortly after this image's completion. 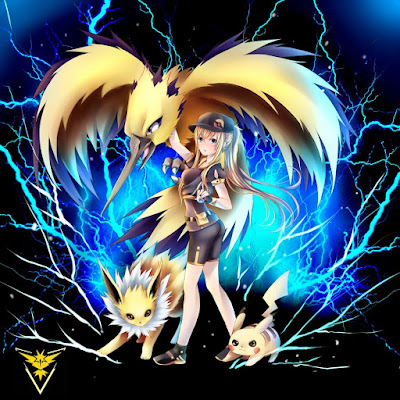 Her death almost made it feel like it was time to pack our bags here with the site as well.  However... with everything going on the internet like the fact that many of the major gaming and "geek" blogs are now over ran by fan-hating marketing hipsters and the way Google, adsense and Youtube are screwing over the independent creator...there is a need for people of the "original internet" to step up.
Throughout the years we had a number of opportunities to be like many of the big names out there as we were the firsts in a number of things we either never cultivated or simply had inconveniently bad situations that prevented our progression.  We were one of the first to post AMVs online, before Youtube was a glimmer in anyone's eye.  We could have eventually moved to licenced anime streaming and been Crunchy Roll way before them.  We were one of the first indie "geek" blogs posting games and anime reviews after receiving actual review copies from the industry.  We could have been Kotaku before Kotaku...hell, before Kotaku went off the hipster/SJW deep end...we used to be one of their biggest supporters.  We were one of the first anime figure businesses in the US to be a legit distributor of Good Smile Company & Figma figures back in 2006/2007...long before Crunchy Roll took that market into their own as well.  We were one of the first sites to delve into Indie game development.

So many what ifs, so many missed chances.  Yet... things this year have never been better and I've been coming into this industry on a different angle.  I'm the lead dev to a rapidly growing startup that is all in the fields I love.  Despite being blackballed/gate-keeped by some from doing anime voice acting...I've done a fair share of various other voice acting projects/ genres with others in the pipeline as we speak.

Yes, yes I should continue all of that.

Kenneos would have wanted that and just the other day I got a message on my old AMVs on Youtube from a few people.  They told me they were nostalgic about our AMVs and it was those videos that got them into anime, games and these hobbies that are now the forefront of popular culture... over 10 years ago.  There are music artists who are still wishing to see the Tenshi-Oni game come to fruition.  There are artists we support and others we would love to support by bringing their talents into our sites, our games and our content.  There is so much we can do even as old forgotten starters of the internet.  My job keeps me very, very busy but it's all doing the highest levels of development that is related or connected to these hobbies.  I might not be able to get in as many updates and be able to man the anime figure business constantly (that is still going through a php "white screen of death" issue), but I have a wonderful wife who has been here since a month after this site started in April of 2002.  You guys might hear more from here than me when I'm too busy to even post.

Since money is not as big of an issue as it used to be for this site and since I want to stick it to Google Adsense for trying to censor my blog posts...we'll be phasing out Adsense ads (I mean who views/clicks them anyways...I use adblock too).  We'll instead let the anime figure store (sorry, it's still down ^^;;) and donations on our new Patreon Page keep the site going.

We hope that we are indeed "back" again.  I did promise a song.  A bit weird and cheesy, I know, but this song is what got us through the end of 2015 and into the start of the life changing year of 2016.  It's honestly the song and cover version I want to licence in our Tenshi-oni game...granted it's from an anime too so who knows if I'd ever be able to licence the cover for use.

Happy end of 2016 and here's us moving on and moving forward.