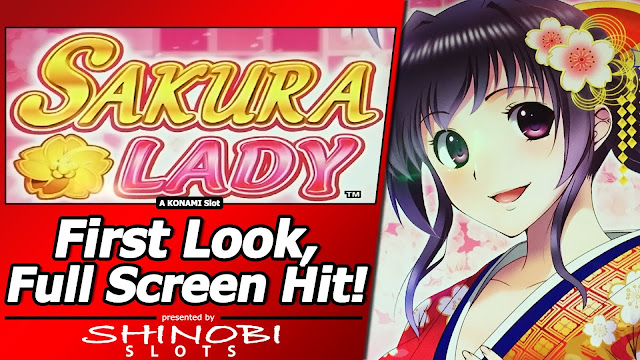 Use anime on almost anything and it will become an instant hit due to its vast global appeal. Today its popularity has made it where our favorite series can be seen on clothes, shoes, bags, video games, and now, even slot machines in Las Vegas casinos.

Anime is appreciated by both children and adults nowadays - the latter growing up watching Dragonball's Goku to Naruto. Now, it seems that anime's appeal has transcended to the grandest of casinos, as its artwork is being utilized as core themes on a slew of gaming machines. Even online slot machines have started incorporating anime. Spin Genie was one of the first portals to showcase the groundbreaking Koi Princess game which has garnered mainstream success among anime fans.

Slot makers are even partnering up with triple-a game publishers to draw and animate character designs for slot machines in order to attract people who adore them. Konami, in particular, has created several titles with anime themes such as Pretty Devil and Sakura Lady. Perhaps it's only a matter of time until other video game companies follow Konami's lead, as the market for these kinds of games are huge. A quick glance at Play Store or iTunes' casino game genre and you’ll see just how many people play these kinds of games. And that's just the free-to-play games. Right now, apart from anime, there's an ongoing trend where slot machines are using commercially licensed themes from pop culture and superheroes from both Marvel and DC. For instance, the Superman slot is extremely cool given its animations and realistic sounds – a far cry from the traditional slot machines that only feature bars, 7s, and cherries on their reels. There's also a Star Trek slot machine now, which presents players with awesome graphics as well as snippets from classic Star Trek episodes whenever players hit the jackpot.

It looks inevitable that we’ll see more anime-themed slots in the near future what with the popularity of the genre. What are your favorite anime titles? Let us know in the comments section below.