Game Grumps Animated - You Mean It? 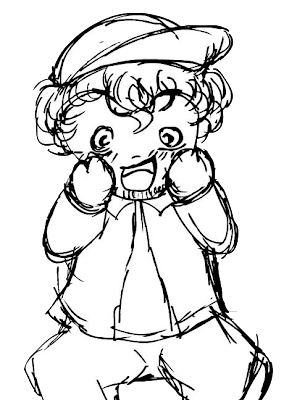 December 2003, I submitted a Flash animation called Sephiroth vs. Mogs to Newgrounds..it was the latest from a list of flash submissions I did at the time.  Most of the submissions were Flash ports of our popular pre-youtube AMVs...but they caught fire on NG and until middle of last year...all but Sephiroth vs. Mogs (and a crappy first flash submission) got erased.  Sadly, due to my involvement in a marketing company in 2004...a long hiatus began that some of you might have remembered.  I never got to create the next episode of that animation...leaving many wondering what the hell happened.

Well, thanks to my urge to get back to this after almost 10 years, programming  my game (still in production -_-) Tenshi-Oni and some inspiration from people like flash artist, Egoraptor and video game reviewer JonTron.... I'm back into Flash animation!  This time around, I'm even better at animating (been on a crash course the past few days).  To start off, Danielle and I are working together where she creates the drawings and I simply animated/edited around them.  Nothing too elaborate...but tedious at the same time.

So, for my first animation back...we created a Game Grumps animated clip ^^

Check it out on Newgrounds here and please vote for it if you can.

As I speak, we have another animation already scheduled for airing on Youtube and for the future, I have plans on making more of my own parodies... like the long delayed episode 2 of Sephiroth vs. Mogs, my Farkly's series (based on my terrible past job at Friendly's Ice Cream), Tenshi-Oni shorts (maybe) and what ever crazy-ass thing comes to mind.

Oh and be sure to visit the Game Grumps.