Astrophotography with the Canon 60Da 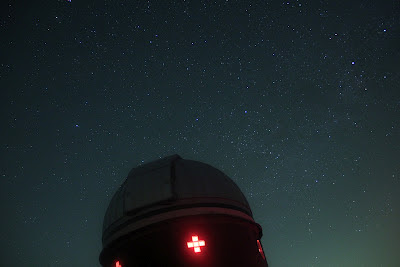 Some of you may know that I've recently got back into my old childhood passion for astronomy.  No time like the present and actually...there's been much news pertaining to space this whole year like the plans for asteroid mining, the solar CMEs aimed directly at us, the retirement of the shuttle, Vesta being discovered as a proto-planet instead of an asteroid, the recent solar eclipse on the west cost of the US and Japan, and the upcoming transit of Venus.

Either way you slice it, Astronomy has come back in a big way and as a child of the late 80's/early 90's...it's had a long time coming.  It was since my childhood that space and astronomy has taken a back seat in the public eye.  Some people might look at the NASA budget and think, "wow, that's a lot of money."  Well, it's not, and especially not for for something that should take far more presidence in this world if we are to honestly call ourselves a modern species.  Just to put things in perspective...NASA's entire budget is around $16 billion... that's nothing when the US military's budget is ~$650 Billion.  The cost for the A/C units found in every army tent in Afghanistan is actually more than ALL of NASA's budget.  A sick realization of our "leaders'" so-called priorities.

Anyways..I'll step off my soap box for a moment to show you all what I wanted to make this post about...Astrophotography.

Over the weekend I got the luxury of borrowing the new Canon 60Da astrophotography DSLR.  Here's an image of just the camera body: 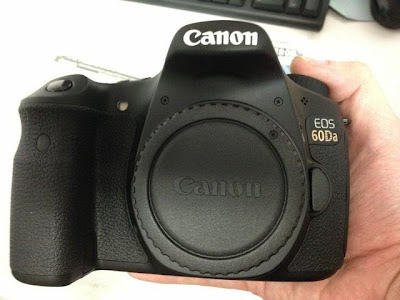 The camera is an upgrade from the 20Da and is basically the 60D but with increased infrared & hydrogen sensors.  It's 18MP and for the most part..it's actually still good for regular, non-astro photography.  The issue you'd get if you shoot terrestrial objects is that you might get a red hue. I saw it the most when taking photographs of my family...it gives the look of a slight sunburn....kind of like this image of my nephew: 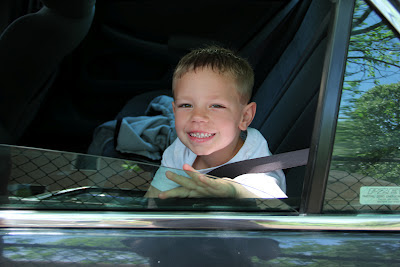 This was the first time I actually got to use an SLR despite my working as the co-webmaster at a pro-camera store for the past 6 years.  It was fun though working with the long exposure shots.  I got the hang of the Bulb setting toward the end of my night of photography at the Custer Observatory (which I'm a member of now ^_^)

The images I'm showing here were done with a Canon 18-135mm lens, a tripod and a cable release....very important if you are to take long exposure shots of anything as you don't want the camera to shake from pressing the shutter button.  I hope in a future post or update to this one, I can get some shots with this rigged to a telescope.  Eventually I got the hang of tings but you can see I was getting my bearings straight trying to focus the background more (and reduce noise in spite of the high ISO needed for such shots ~1600+)

For those wondering the settings...this is a guide but once you get a hang of the area in the night sky you are shooting...you should try out other settings and maybe vary the exposure time using the Bulb setting: 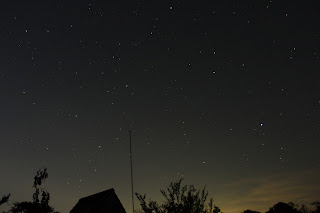 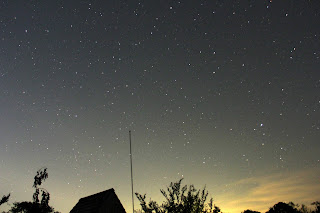 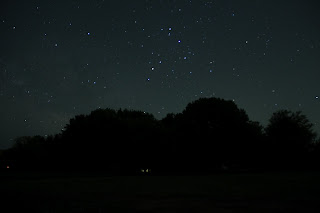 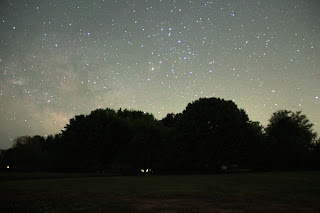 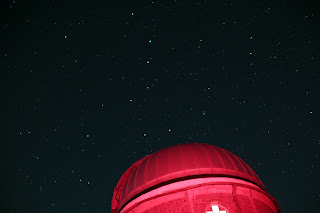 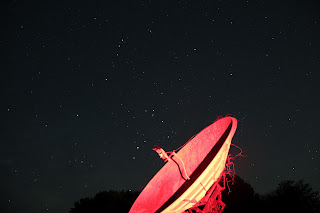 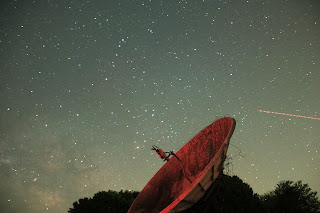 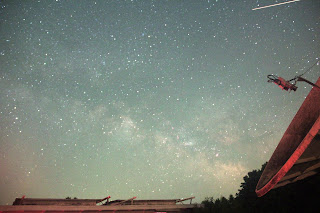 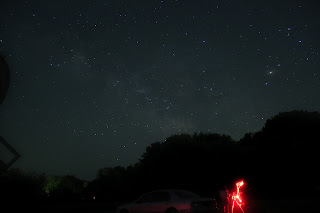 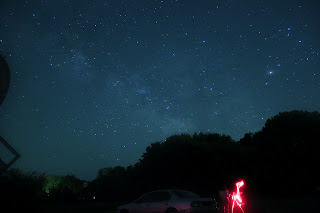 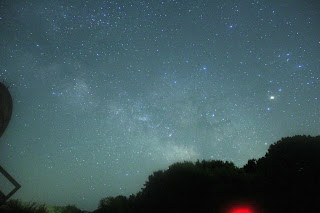 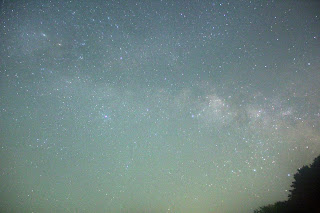 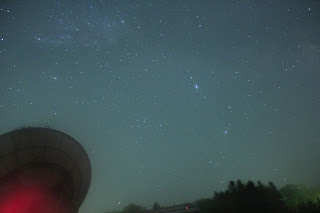 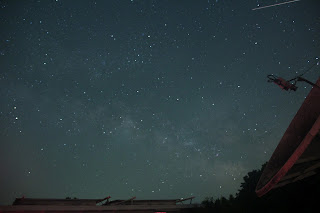 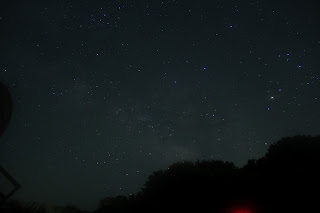 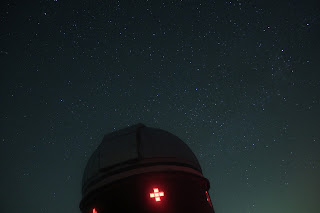 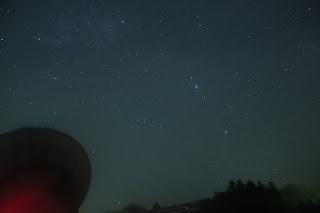 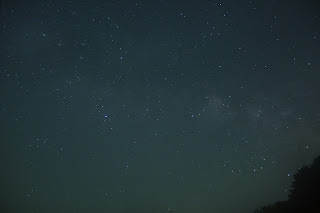 As a bonus... and to put anime in here some how... here's a photo I did with my iPhone and my telescope...with a much needed edit ^^ 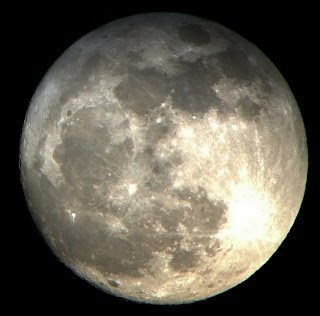 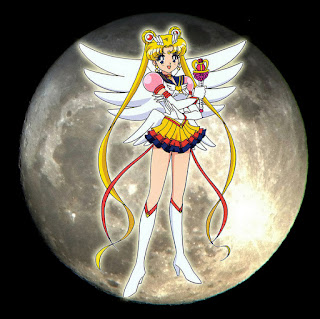