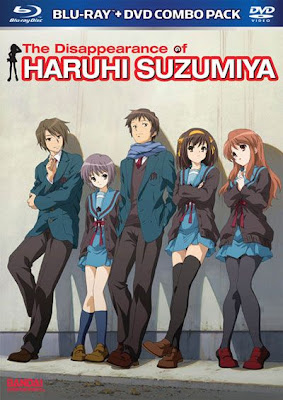 As you guys know, in my anime store, I tend to stock lots of anime figures, but not so much Anime DVDs or Blu-ray disks.  Granted, it's a tough market and many of us (including myself) love the use of Netflix, Crunchyroll and other streaming options.  There comes times though that an anime impacts you where you do indeed want a copy of it for yourself since, either it's legit or non-legit streaming/rental DVDs, they won't be on there indefinitely.  So, what I'm doing is increasing the number of DVDs and Blu-Ray I have to offer ^_^  I already did so with the Korean dramas so it's only fair to let you guys nab more DVDs and Blu-ray from us here too.

Check out the newest batch here on the site.  The latest pre-orders include, K-On-Vol 3, Bleach Movie 3, Volume 1 of the new Thunder Cats anime and the Disappearance of Haruhi Suzumiya movie.  I also plan on stocking/taking orders for the S.A.V.E. dvd bundles; those are some really good deals on entire series.