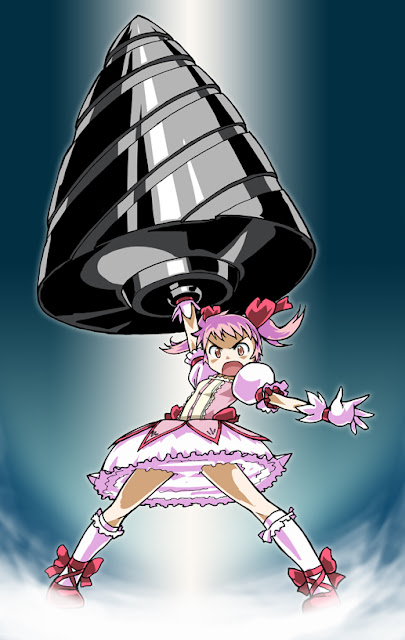 #MoeMonday post is back ^^ and with a hilarious crossover fan pic of Madoka doing the Giga Drill attack from Gurren Lagann.

There's lots of good stuff going on this week and I thought this pic would best explain the "let's do this!" theme of the week.  In case some of you haven't heard:

In the anime industry...
In Chuck's Anime Shrine news...
Row, Row Fight the Power!
...(and no contract yet please)

(update...check out the Madoka scaled figure that might be up in the store as early s tomorrow ^^ )