8.9 Magnitude Japan Earthquake, Tsunami Devastation and How To Help 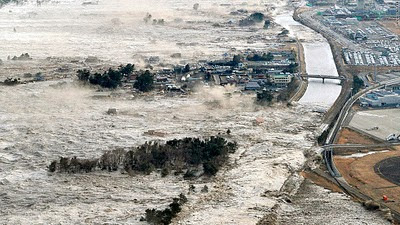 3:00am EST: Was adding Google Checkout to my anime store last night...I suddenly browse over to Reddit.com before calling it a night and that's when I saw the terrible news I'm certain you all know of by now; an unheard of, 8.9 magnitude earthquake struck off the north east coast of Japan.  I've blogged about large earthquakes and tsunamis that happened off the coast of Japan, but in pure Japanese fashion, they usually took what the rest of the world would panic about and shroug it off. 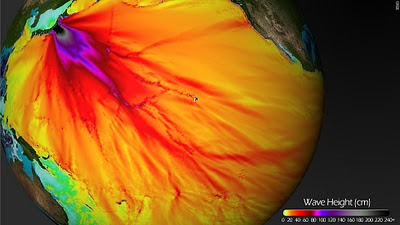 Sadly, this earthquake and the resulting tsunami, are not one of those simple annoying events for Japan.  This one as you can see from all of the news broadcasts, images and videos...is something that hasn't been seen in a long, long time anywhere in the world.  My heart dropped the moment I saw the devastation.  Yes, like many of you I look to Japan as a place of inspiration, awe and honor simply from being an anime fan but obviously the human factor outweighs all of that.

For me and for some of you, we have friends and family there. My fiancee's grandmother is from Japan and has a brother who's a doctor in Tokyo.  One of his daughters, my fiancee's cousin, is Fumi of whom I loosely bade the site's main mascot on.  Fumi, her father and her family are all safe from what I am hearing but Japan has been through better days and as I speak, Fumi's father is probably sleeping in his office right now due to the lack of train service, dealing with the numerous aftershocks such a strong earthquake can give.  My fiancee's grandmother is also friends with the former head of Kodak as well as the owner of the energy company that runs that oil refinery in Odaiba that we all saw explode over the Tokyo skyline.  After hearing about the 200-300 bodies supposedly washed ashore, I began to cry.  I hope all in the next few days everything gets back to normal in Japan and my heart goes out to all who have lost someone they love in Japan.  As George Takei is stating: #TodayWeAreAllJapanese

Ways to Help / Check on Loved Ones:

Being in NY, its a far ways away from Japan and I know many of you want to help.


via CNN:
"U.S. citizens in Japan are urged to contact family and friends as soon as possible. If web access is available they should use twitter, Facebook or email JapanEmergencyUSC@state.gov. U.S. citizens in Japan are also encouraged to enroll in the Smart Traveler Enrollment Program (STEP) at https://travelregistration.state.gov/ibrs/ui/ or go to the U.S. Embassy or U.S. Consulates. Updated information about travel and security in Japan is available at 1-888-407-4747 or 1-202-501-4444."

Another way to check on loved ones is to use this link:

If anyone has other contacts, info, ways to help, feel free to leave it in the comments.  Let's use the internet for what it's best at...keeping people in touch.