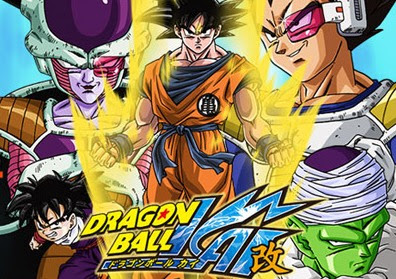 Finally something has happened to US TV that hasn't been happening in a while...more anime being broadcasting in prime time.

Ever since the fall of Toonami, the global economic downturn and the fact that many anime still doesn't get sent here at all or in due time (due to greedy licensees; thus forcing the need for pirating), anime in America was on a downturn.  Cartoon Network for a long while ditched anime for cheap home grown public-access TV quality animation (and even live action) to just put some cheap padding around their covenant Famliy Guy re-runs.

But, times are changing back to what they used to be for us American anime fans (which is somewhat of a good thing).  In what appears to be a déjà vu of the very late 90's, anime is spread throughout TV lineups and has even returned to prime-time, after school hours and yes, even Saturday morning cartoons have now gotten the anime make over.  Yet, like the very late 90's, it appears that anime has reverted to that very time where it was "new" to the American mainstream...where it's either kiddy anime being shown (like on 4Kid's new Toonzai block) or more mature anime that has been dumb down to appease a wholesome look...when in fact they've been heavily censored and made to seem less violent (i.e. Dragon Ball Z Kai).  Reminds me of when we used to watch Gundam Wing and much was put into editing out the blood or when we used to laugh a the Ocean Dub of Dragon Ball Z when they used to state blasting them will throw them "into another dimension"...when really they are being burnt to a crisp.  Also like the late 90's, the only true dose of mature anime that we can see can be found on Sci Fi (SyFy) channel a few minute times in week. 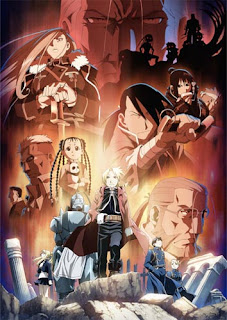 With the recent success of Dragon Ball Z Kai on Nicktoons during, yes you hear me right CN execs, 8pm at night, other stations have taken anime back under their wings.  Cartoon Network is realizing the gem of series they have with the Boondocks, the mistakes they made by letting go of certain series (particularly the non-anime but anime fan loved Futurama)...and thus are slowly (and sometime reluctantly) admitting the letting goes of what started Adult Swim in the first place...needs to be put back.  As stated before there's that 4Kids block now on CW11, Toonzai.  In spite of it being a play of words on Toonami, and ran by the bane of the anime fan world..the more of this we see, the more anime will see a new audience and I'm certain a new resurgence in anime will be soon.  This time though, we have such nice ways of viewing anime like Hulu, Netflicks (just saw all of Gurren Lagann this way ^^) and of course Crunchy Roll.  People will still buy DVDs and Blu Ray disks but yes, as technology advances, that will continue to shrink...as it is for the entire entertainment industry.  Piracy, illegitimate full episode sites, fan subs and illegal downloads will always be there.   Anime studios have only the ass-backwards, expensive and mafia-styled licensing process to blame for such high numbers of these business eroding actions.  I'm an anime store owner and I would love to see DVD sales be better...but on top of getting with the times, even I realize that the reason why us anime fans download fansubs and the like...is mainly because they aren't made for the US until it's way too late or never at all...again, due to the BS licensing process and red tape it takes to get anime (and even figures -_-) to this part of the world.

Anyways, to conclude my long somewhat out-of-the-blue rant, I am happy to see anime making a comeback but there is still a ways to go until it's back to the Inuyasha days of the early to mid 2000's.  Here's hoping us fans who've been there all along are here to stay and here's to the newer generation of anime fans keeping it going better than ever before. 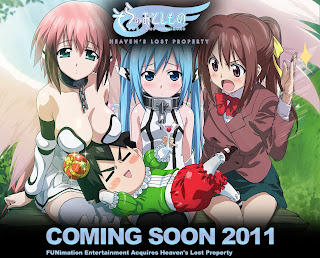 Now let's hope we see more of this ^ on US TV