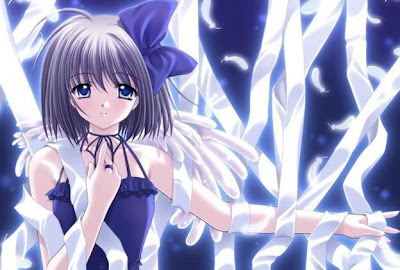 For those who've been with this site for the past 8 years or so since the start, you might have remembered that this site began with images and sections devoted to various anime series.  The old sections like the Inuyasha section and the original series section has been on the site for years but for some time has been neglected ^^;; Well, it's time to bring this aspect of the site back to life and in a more web 2.0/3.0 format.  This aspect of the site will now be called Anime Sanctuaries and with the help of good old RSS, you actually can participate too.

The original goal of my site was well...to make a shrine to anime and it's time that I make it so.  Being that I've been an official anime retailer for a few years, I'm now part of the legit industry and it's my job to promote it, so the goal of each shrine or sanctuary page will be to simply introduce you all to the anime, related news via BOTH the member's blog and the main blog and their respected products as well.  This means you or we could write a story on say One Piece, and thus as long as the right tag is added to your blog post, your story will automatically show on the One Piece section (not live yet)  This keeps things relevant and with minimal html edits (a good plus for me ^^).  Full episodes of anime won't be shown as I wish to SUPPORT the anime biz, not hurt it, thus only trailers, opening and ending animations will be shown on the right hand side of the pages.  My other site, anime.fm does have links to full legal episodes right now via Hulu...so check them out there.

As of now, only one series is ready, Dragon Ball but expect more series, characters, video games, etc in upcoming blog posts.


... (just a little FAQ)
Why call them Anime Sanctuaries instead of "shrines"?
Well anime.com has done that for years now so I don't want to take their thing (though I think I've been here longer than them anyways -_-)