Great news!  Well, not so new if you follow me on twitter.  I've been keeping tabs on the voice studio famous for anime voice acting, Bang! Zoom!  I oddly only first heard of them when I went to NY Anime Fest back in 2008 and not surprisingly, the panel for them was so packed that not even I, an anime store/site owner, was able to get in -_-.  They are situated in Burbank California and have been featured on the Tonight Show (Conan's superior but now canceled version)..since well, they are right across the street from them.  Last year's NYAF was with the same results..no entry into their coveted voice acting panel.

Thankfully Bang! Zoom! started a voice acting class fronted by famous anime voice actor as well as the head of writing and producing for the Mighty Morphin Power Rangers, Tony Oliver.  Being that I'm in NY on the boring yet overrated Long Island east coast, and their classes are usually at their main studio in Burbank, CA...well, you get the picture; mainly a no go since it's a $300 class, the trip there would be about 2x that much and with the anime store doing well, I'd have little time to spare away from home...

So what's the "great news" I spoke of?  Well, Bang! Zoom! will be coming to New York City soon and I am one of the 12 that's confirmed to be there for their Beginner Class!  That's right, yours truly will be put into one of those sound booths (like Conan and Andy Richter did here) and I'll be doing some practice dubbing with Tony Oliver, the Bang! Zoom! crew and 11 other classmates. We'll be learning the basics for being in voice acting. 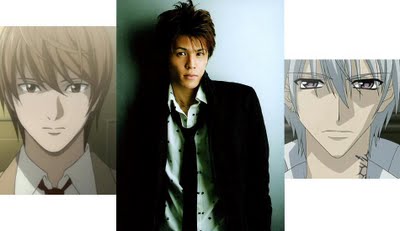 (Seiyu tend to be singers before anime voice acting, in Japan)

Some people have indeed gone from this class to being in a recent anime!  That's the best case scenario for me but the experience plus learning if I can or might not have what it takes... is all worth it.  Many voice actors here in the states are usually trained in acting before even trying out for this business.  I'm much more like the Japanese Seiyu who are more verse in singing than acting.

For those who might not know, back in 2001 and 2002 in my Junior and Senior year, I was part of New Field High School's Select chorus which was only about 13 people.  One of my fellow class mates was American Idol semifinalist and current The Challenge game show host, Jared Cotter.


So in other words, I have a bit of singing and voice lesson experience (though being about 8 years ago now ^^;;). I don't however have drama class or acting experience but I don't let that put me down..nor it should for you if anime voice acting is something you want to maybe do one day since one of the most famous anime voice actors & the voice behind 7-11 commercials here in the states, Steve Blum (...Spike from Cowboy Bebop), didn't have that experience.  Steve Blum just had what it took to be a voice actor from connections through his friends that were close to these studios. He didn't know till he gave it a shot.

More on what happens at the end of next month.  I'm looking to learn about the industry and learn if I'm even good enough for them.  Good or not, it'll be great to learn and mingle with the voices of the anime industry.

For those of you critical of anime dubbing.  I do share some of your fears and god knows there have been utter fails in it.  This video from 2006 from the DBZ voice crew on their Budokai 3 game, might humble you and make you realize that it's not as easy as it looks to dub anime and those who do it right, are truthfully skillful, like Chris Sabat and crew undoubtedly are.


(Speaking of DBZ voice actors, recently DBZ Kai English voice actors were announced.  Most of the actors are back with a few exceptions.  Bulma for example will be done by famous voice actress, Monica Rial now)


...
Sorry about the lack of posts.  This has to do with a number of things; (p/t job trying to be full time without my permission, anime store sales through the roof, and good old errands that seem to last all day -_-)  I see that the Member's Blog is back on track with a few new posts.  I plan on making a contest as soon as I can settle things down on the home front, so keep posting.