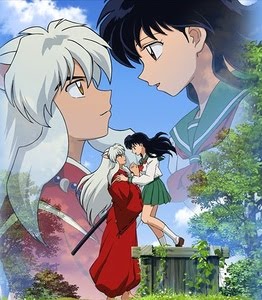 Yep, the title is correct. No, hell hasn't frozen over (yet) but word has it that Cartoon Network's Adult Swim is getting 3 new anime series to air. I guess the constant pestering at Adult Swim by anime fans, the success of Bleach, the success of Syfy's Ani-monday as well as Chiller's own anime block are making the home-brewed-heros over at Williams Street pine for the shows that got them on the map in the first place back when their only claim to fame was Space Ghost.
Rumor has it that two of the 3 anime series will be Full Metal Alchemist: Brotherhood and Inuyasha: The Final Act but so far, nothing is certain yet. What is certain is that Blood+ and Death Note are to no longer be played on Adult Swim.

Actually, the person who got me into anime back in the late 90's works for AS, so I might get him to spill the beans...stay tuned.