Return of the 1/1 Scale Gundam! 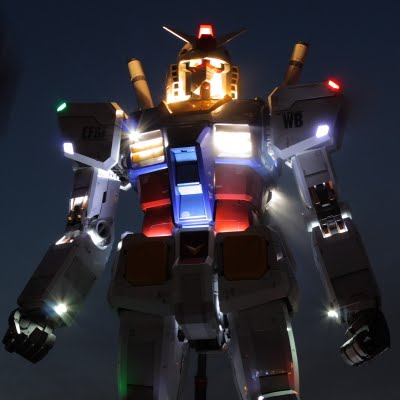 This bit of news is a Christmas present for ALL gundam fans. Remember the 1/1 scale Gundam built in Odaiba a few months back to commemorate the Gundam 30 year anniversary (and try to get Japan in for the Olympics)?
Well, it's coming back!
Yep, ANN is reporting that the Gundam will be rebuilt at Bandai's plastic factory in Shizuoka and will stand between July of 2010 and May 2011 (hey..why do they have to take it down? -_-)

The statue brought over a million visitors in it's brief time up so, as long as we treat the thing like the Japanese Statue of Liberty, expect it to be a staple on the landscape.