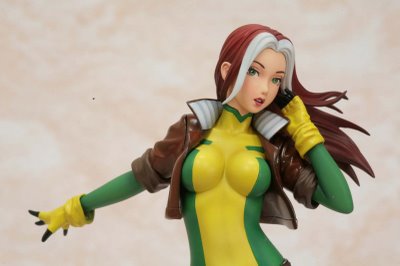 Browsed through the magazine I got from one of my suppliers and this caught my eye. This is a 1/8th scale of X-Men's Rogue made by Kotobukiya. As you can see from just how pretty she is, that this is indeed a Shunya Yamashita figure.

I used to be an X-Men fan back in the mid 90's when I watched the cartoon Saturday mornings and yes I did have a thing for Rogue. Granted, as I got older and saw the difference between the girls of X-Men and other American comic I soon lost interest. Let's face it, American comic girls tend to be drawn and made into figures that look more like ugly steroid-ridden she males than goddesses of beauty. Thankfully that's not the case here.

Rogue is an absolutely stunning and by far a figure on my wish list. Already ordered a half a dozen or so of them for the store and she's going to be placed next to Tifa, Mirei, Needa and Yuffie.

Here's some more good info, looks like this is the first in a series of Marvel Bishoujo figures by Yamashita. I wonder who will be given the pretty treatment next?

Check out some pics here and in the anime figure gallery. 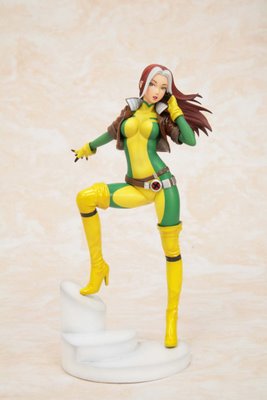 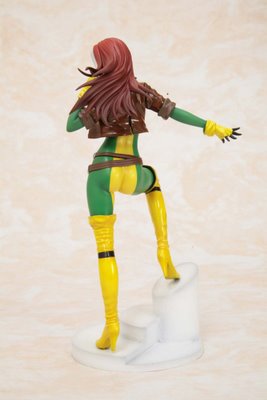 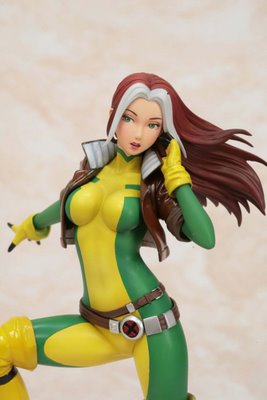 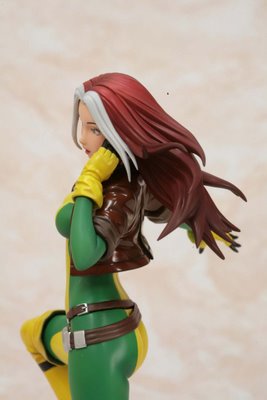