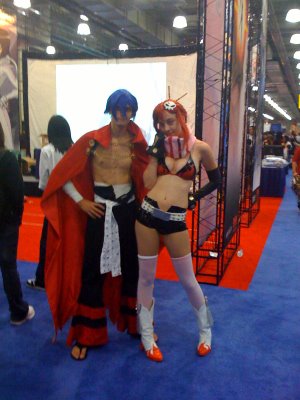 Anime Fest 2008 was one crazy time. We weren't able to make it to the final day due to pure exhaustion and a long train ride so we spend the day with some other after-party otaku in Chinatown. Had some sushi, bought some items and had a good time. Though I wasn't able to get into the voice acting thing there, its not the last you'll hear of my attempts of breaking the Seiyu biz. A full recap on the event soon.