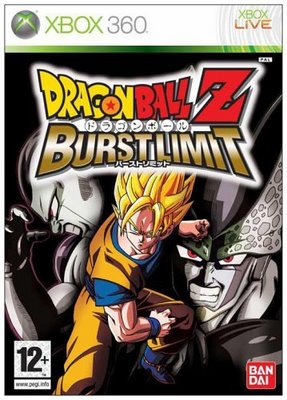 As a long time DBZ fan, this game was right up my ally. I was very excited to play a Dragon Ball Z game for the current generation systems and with all good reasons. This game has to be by far the best looking Dragon Ball Z game to date. The visuals have to be the most astonishing aspects of the game. I will go as far as to state that this game has the best cell-shading graphics of ANY game to date, even better than the current Naruto games which also boast great cell-shading visuals. I must also note that I played through the Xbox 360 version which as many gamers know is slightly less graphical in power to that of the PS3... of course only by a slight bit. So, in other words, Atari did a bang-up job on the graphic. The backgrounds also blend in perfectly with the character graphics. They have a very real and in-depth feel that you would never think would mix with the cell-shaded DBZ characters, but the background just couldn't be better not just in looks but in dynamics. When you fight back and forth with your opponent, the blur effects are done the way you would think the super sonic would feel in real life and the ability to fight all the way into space is a nice touch. The only thing lacking with the stages is that there are only 5 stages in total and the only real damage done to the environment is when you contact well with an Ultimate Attack causing a short cut scene. Other DBZ titles like Tenkaichi for example did have more in ways of destroyable buildings, cliffs and the like. That you will not see here but as a game programmer myself, this was most likely done to keep the backgrounds maintaining their real look and to not slow the in-game play. Definitely a tough trade-off that hopefully can be improved in future titles. 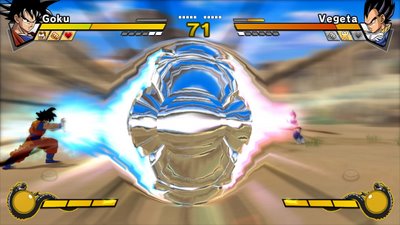 Now, onto the gameplay.
As stated before, the dynamics are fast and furious. I enjoyed the fact the game was balanced into being able to preform major attacks in a quicker amount of time. Yes, this can allow a player to be a bit cheesy but a quick reaction to a big attack with get you right behind your opponent and cancel their attempt to blast you. The controls are easier than previous titles and if you go through the Tutorial mode, you'll see that it does have a great load of depth. Tenkaichi fans might be disappointed though since the overall feel is very much like the older Budokai scheme but with wonderful energy struggles and dodging abilities. Personally I love being able to hit the dodge button and watch my character sit there and quickly dodge every fast punch very much like you see in the anime. Fans of the series might be surprised though that there is no manual Ki charging...sorry, no sitting in the corner of a stage and charging up. Your Ki is charged automatically and charges fast, but this allows you to activate the cool Aura Burst feature more often and fighter gamers will enjoy one less thing to worry about. Your Ki grows even faster if you get attacked to the point of activating a Drama Piece with that effect. Drama Pieces are little cut scenes that happen when you attack or get attacked a certain way, opening deferent effects like a dodged attack or regenerated health. DBZ fans will enjoy this bit but some gamers might find them a bit irritating. Either way, Drama Pieces add a nice customizable and unlockable slew of features to your fighter. You also have the ability to unlock a bunch of transformations and different final attacks for each player using the main story mode. Before I get into the story mode, known as the Z Chronicals, I must also state to other features that game has. First is the online play. This is always a welcomed addition and as with any game that could go online... make sure you play through the main story a bit to unlock more characters and features that will allow you to be at par with other gamers. The second feature to mention is the Survival Mode which would be better if it wasn't for the game's one major flaw that I'll go into in a bit. 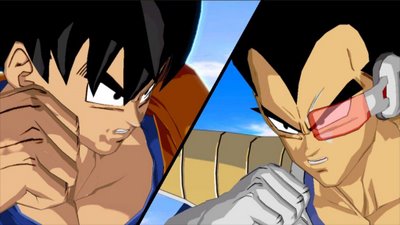 Now onto the Z Chronicals, or the main story mode of the game. Fans of DBZ like me will love it; non-DBZ fans will probably be ok with it. There are six different difficulty levels: very easy, easy, normal, hard, very hard, and Z ; so there's alot to do if you are to get all the achievements. Only the first three are available on your first time through which unfortunately is rather short. There is only the Saiyan Saga, Frieza Saga and the Cell Saga. No sign of Majin Boo or any characters from there either. The one major flaw of the game is that the roster is at about 30 characters which is mainly the different variations of the main characters and of course the shortened story line. One might feel that the game is incomplete if you are used to the other DBZ games that had a much larger roster and all the sagas included. For a regular fighter, this would deem pretty good since the causal fighting gamer won't look for anymore but as both a hardcore fighter and gamer, its a a bit lacking in that aspect.

Overall though I still give this game a 7 out of 10 because the visuals and the fighting will make any DBZ fan and fighting fan happy. The engine is pure but would be perfect if it had more characters, more levels, more destructible items, and the entire DBZ story. I would recommend renting first if you are unsure but I am glad I have it and that I can face all of you online. If you got an xbox 360, look for user: Chuck Gaffney, that's me (yes I know I used my whole name ^^;;). As long as its not my brothers (or me) playing Halo 3 or Gears of War I will face you as the character I resemble the most...Future Trunks.