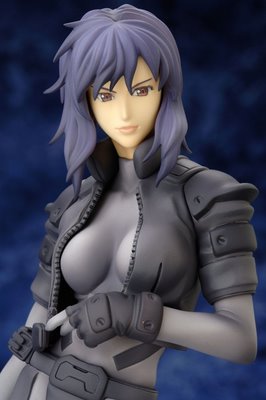 Finally out in the states is Alter and Vice's Motoko Kusanagi figure. This 1/7 scale figure really looks identical to Motoko in Ghost In The Shell 2nd GIG. Runs about $80 though but I wouldn't mind having it in my collection. Here's her offical description:

"Major "Motoko Kusanagi" is a fictional Japanese character in Masamune Shirow's Ghost in the Shell anime and manga series. She is a cyborg in the employ of 'Public Security Section 9', a fictional division of the real Japanese National Public Safety Commission, as the squad leader. 'Motoko Kusanagi' is a 1/7 scale (8 1/2" tall) PVC figure and comes in a window box with a custom base for display. This is the first collaboration project between the well known production company, 'Alter' and "Vice.'" 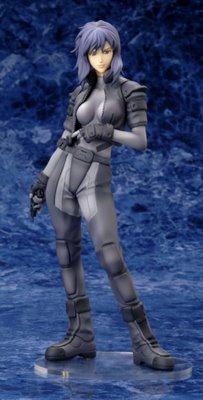 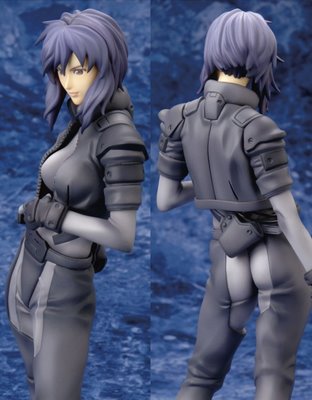