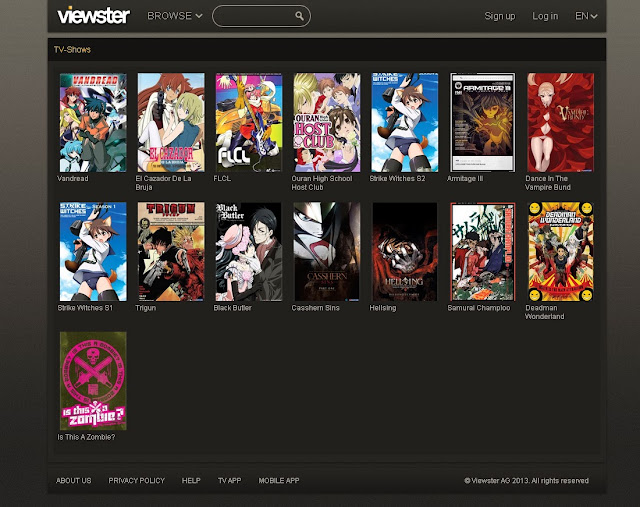 Let's face it, TV as it used to be is, well, a dieing model.  Studios and telco companies can kick and scream all they want about it but when you have a number of streaming services like Netflix, Hulu, Crackle, Crunchyroll and others...who in their right mind would pay $100+ a month for a service that 90% of the channels you don't watch and still bombards you with commercials?  A question for anime fans is, where does anime viewing sit in all of this?  Back in the early/mid 90's, the only way to get any kind of anime in the US was to nab bootleg VHS tapes.  The only anime really playing in the states at the time was Sailor Moon and later on, the Ocean dub of Dragon Ball Z.  Eventually Toonami helped in bringing anime to the masses with Inuyasha, DBZ, Sailor Moon, Cowboy Bebop & FLCL leading the pack.  Toonami At Midnight became Adult Swim and anime receded a bit back until last year when Toonami made it's return.  Other than Scifi SyFy having their own block of anime... this was the way to legally watch anime on TV....that is, before internet streaming.

Getting anime throughout though has always been tied to it's pirated roots; be it the bootleg VHS's at a con, to downloading unseen-in-the-states series and movie specials via Kazaa, ThePirateBay, or any other site over that time.  Many of us did and still bought our anime legally when available...but you can bet if some sort of region lock or other restriction was there when we had our money ready to actually, legally own the content....we'd us these sites too.

Today, and not surprising to anime fans, yet still a shocker to some studios...online streaming has become the way to go when it comes to watching anime.  Give the fans what they want and my goodness..they'll watch it! Crunchyroll started as one of those "bad" sites and eventually became a name in anime streaming.

Streaming is here to stay and thankfully for us anime fans who actually want to support the industry... there are more and more sources of legal anime streaming.  You can see anime on Netflix, Hulu, and of course Crunchyroll... but there's now another service with anime...Viewster.  Not only is Viewster now providing anime for the US & UK but soon it'll add other countries to that list as well as more anime titles.  The more legal streaming services the better.  I know there are shows that Crunchyroll & Netflix will drop that I still wanted to complete.  Viewster could very well help fill in that gap since their focus outside of anime is for movies and series that are more niche.  I'll keep you guys all posted on Viewster since I might be working out a deal to stream some anime here on this site...or maybe even via my other site that needs a 2013/2014 upgrade... Anime.fm.  Any way to help legally watch anime, get more anime to the masses and quell the need to pirate, I'm for it ^_^