Where the Hell Have I Been? 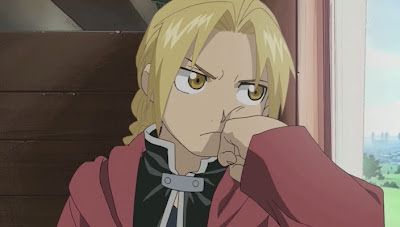 Ok.  I think I better explain where I've been for over a month.  As usual, seems my life likes to beat me up and spit me out at times.  As some of you might know, I burn the candle at both ends.  I run my anime figure business and work full time as a web content editor for a camera company.  The end of August and into September brought about a terrible chain of events that all decided to meet in one place.

First off, I was still trying to fight the horrible migraine-like headaches that have been an absolute pain for me.  Oddly, they seem to always hit me on days I'm not at the day job, so work on my site, the figure business and the Tenshi-Oni video game got a back seat while I try to not get hospitalized from the pain.

Well, I finally get somewhat of a handle on what is going on and heal my headaches....to only then run into some other terrible chain of events.  You see, late August and September is the time of year the pro camera industry like to tittilize the public with the next batch of mildly better cameras that they soon will replace shortly after x-mas with only better gadgets.  So, sadly, my day job's work went from mild site updates...to full on almost 7 days of product addition hell.  I've been through this so I was somewhat expecting it.  Not the best way to come out of a migraine headache marathon but it was expected.

What wasn't expected was what happened in tandem with the prior events.  Out of the blue, I get a call from my parents who tell me our 13 year old cat was found dead outside the yard...hit by a car. Anyone who owns cats..hell any pet knows how sad the news is.  Didn't help that earlier in the year I lost my baseball coach as well.  To be honest, lots of terrible things and stressful situations have happened to my fiancee and I this entire year...so much so that I've become emotionally numb...is it a sin of depression?  Not sure, but it certainly conflicts with my type A personality that awakened from the events that happened to me 10 years ago (that's another story).  In other words...there's days that I'm TTGL's Kamina and then there are days I'm like <ep 6 Simon.  Thing is, the hits kept coming... about 3 weeks go my aunt passes away after years of suffering from type 1 diabetes.  Got to see lots of my family members I haven't seen in years but sadly under a terrible occasion.

It doesn't end there...I'll come clean with what has been the most moral destroying part of my life since 2007..  what I'm certain is the root cause of my migraines; It's the daily financial pains caused from my years in Amway from 2004 to early 2008.  Not only did health issues in 2005 from working at Friendly's cut my college education short (pretty bad for a former honors student)...but the Amway business.  Well, mainly the (mostly) sticks in the mud who I dragged along with me... never wanted to build a business. I seemed to have been the only one on Long Island that didn't want to work for a boss their whole live and damn did I jump head first into the business.  Another issue with that was that my senior business partners were all in Queens and NJ....I live on eastern Long Island.  Eventually the impossibility of the feat to grow a legit business with people who'd rather kiss a boss's rear across LI lead to me being about $40K in debt.  Nothing really far off from what jobless college grads have to deal with now..but this is something all my own doing.   Mind you, this was ALL before the anime business came to be.  By the time the anime business came to fruition (actually I was going to start it in 2004 just b4 Amway)... I got the better (but still low paying) job I'm still in now.  It was enough money though to pay the monthly payments to quell this horrible burden of debt....which was bailed out for me by my parents.  Well, not exactly....my parents took a loan on their already paid off mortgage to help pay my debts from Amway.  This resulted in a $433 monthly payment...hell freaken jail sentence that won't end until September 2017 if I don't pay it off early.  Looking back, I should have just filed for bankruptcy  and by today I would have 1) nothing to pay monthly and 2) all of it by now off my credit report.  Instead, even before the anime business...I was stuck in this hell.  Also, only since January have my fiancee and I finally left our parent's house to live in an apartment.  The financial and family stress has been the main reason why, though we've been dating since 2002 and engaged since 2007...we have yet to get married.  Actually, our apartment is owned by a family member so we are still (due to money) not truly on our own yet...at 28 years old.  My anime figures are back in storage at my parent's house...so my work schedule is: work by 9am, out of work at 7pm, anime figure business at old home until 10pm...drive back home...rinse and repeat.

What does this have to do with last month?  Well, add all of these events and handicaps together with more insult to injury.  In addition to a number of anime figure buyers who jumped ship due to the good old American / Japan anime licnenceing shipment delays, both my main suppliers shorted me figures people paid me for in advance.  So, I go and do the right thing and order the lost figures from other retailers who..sadly overcharge for rare figures.  The loss caused me to be late with recent figure payments to my suppliers (making it iffy if I'll again get shorted figures) which then forced me to auction off lots of anime figures.  eBay auctions sound good on the outside but they tend to be a terrible experience   Not only do auctions winners tend to bail out since they think it's a game...the winners who do pay tend to ask for white glove service on $100 figures they somehow won for $15.  Money, time and sanity lost in a hobby I have the utmost love for..all outside my control and during a bad months to begin with.  So, I got worried that the anime business will go the way of my old Amway business and basically went into a mental break down.

I lost my mind for about a day or two.  No, I'm in no way suicidal...hell, doing so would only cause more issues....but I was worried about my sanity.  A person can only handle so much and holy crap did it take alot of hits for me to crack.  Any less of a person would have been long gone, talking to themselves in backwards Latin in a padded room.

So, what's going on?  What's the plan?  Is the anime business really having to go away?

Nope, the anime business is still here and those of you waiting on figures, I'll get them to you once released or 3rd party if need be.  What I did, as some of you might have seen, is halt the addition of new figure pre-orders since, understandably, I was worried if my suppliers would honor my reserves being I ran late for the first time and with them shorting me even when I wasn't late.

Thankfully, the anime store is running and you can send me your pre-orders on what I list.

I plan on not only improving the store's selection, but the look and feel of the whole site (and anime.fm) in general.

Tenshi-Oni (though also delayed by iOS's terrible conversion and all of these events) is back in production and more in the next few days I'm certain on that.

Same with this blog;  I need to get back to making content for here since 1) I love it 2) it can be a little bit of a money maker for me...an as you all can see...i'll need all the help I can get.

For years I've held off on Flash Animations,  AMVs, participating on Newgrounds.com and making any videos on Youtube....that is now planned to change.

What about the voice acting? Well, money is tight and thus I couldn't complete the very expensive courses to get my demo reel ready.  Yet, I'm not giving up on that.  As of last week I got an audition to chase after and with my apartment being very quiet and my editing knowledge..I'll make my own early demo reel, use the money from Skype recording gigs to pay for a true demo reel.  I want to be an anime voice actor god dammit! >_<

I plan on revamping the site's look and feel to match current web design structures (ie: jQuery, HTML5 and CSS3) A tidbit of this can be seen in the main store site with the revolving banner (which needs updating -_-)  Two reasons I'm doing this 1) my sites and blog need an overhaul to the next version...so I can make more content on here (like the old anime sanctuaries, etc) 2) To help create a resume for me.

Why make Chuck's Anime Shrine act like a "resume"?  Well, I've gone and updated my real resume so that  I can hopefully move on from the job I have now.  Yes, my ultimate goal is still to be my own boss.  I won't throw that dream away though the anime figure sales sadly look like they won't be all I need to break free.  I've been too complacent in a job that pays rather little ($15/hour).  The job is mentally stressful for a number of reasons...let alone the low pay I get for all the computer knowledge I have.  Sadly, I'm the only computer literate person in the place and any of you IT people understand the hell I made for myself by not jumping ship early on to better, more understanding computer jobs.  My knowledge  particularly in my recent escapades in Objective-C for the Tenshi-Oni game shows that I'm horribly underemployed and could work from home (instead of driving 70 miles round trip to my current employment).

Instead of making hardly $20K a year...I should be making $70K+ and though my goal isn't to work a job my whole life...the extra boost in pay that I can get can help out with all that holds me back as it is...since the main issues I have are financial burdens.  It could bring more money (and less stress) into the anime business,  allow me to pay my team working on Tenshi-Oni (and other game projects), and maybe, maybe free me from the old ghost debt so I can marry the love of my life finally.

So, what will change? Well, in terms of the anime biz, sadly, it looks like the Amazon and eBay branches will take a back seat for a good time.  With all of the back stock practically sold..all that's left are the pre-orders people have reserved.  If I get any cancellations, I'll post them to these sections.  for now, I'll reserve only what people want until thins calm down for a bit.  But hey, that means I might be able to blog about the figures more and other stuff for the site ^_^  My eBay branch might still sell Swarovski figures thanks to the x-mas season around the corner..so it's not out...just shifting gears until the dust settles.

I'm always going to fight for my dreams and I will fight what life throws at me...or die trying.  As Cave Johnson says...