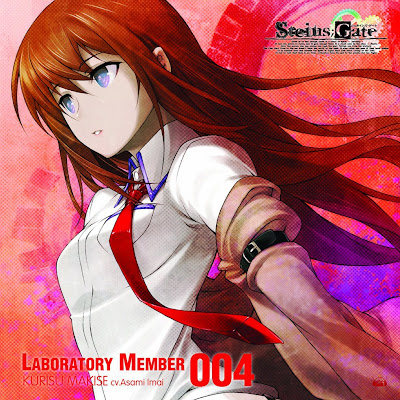 Like many yesterday on Crunchyroll, I watched the simulcast to the final episode of Steins;Gate.  A movie is in production now so us SG fans are of course excited.  If you haven't started watching this...go now on Crunchyroll and watch it.  You won't be disappointed.  Like an anime Butterfly Effect based on real (rumored) events, real companies and...if like me you are fascinated by string/M-theory, somewhat accurate depictions of how time really works.  Example, the so-called "world lines" is something discussed in Theoretical Physics.  Also, the characters in Steins;Gate grow on you.  Kurisu and Mayuri are now up there in my favorite list of ani-girls; Mayuri's 'tuturuu!' bit is so damn cute >-<.  Okabe comes off as a goofball but as the series progresses, and the stuff he goes through, he becomes probably one of the best male anime characters since Simon an Kamina.  I'll more than likely be writing a full semi-scientific post (like I did with Gurren Lagann) about this anime.  As a scientist, alot of this stuff is relevant and the whole John Titor reference is even more fascinating when you do a quick search and find that this person does/did exist. Obviously his/her online posts and claims are questionable.

This is by far not a review of Steins;Gate, more of an afterthought from watching the finale.  In my next post about this series..there will be spoilers as I describe the real/semi real science /stories behind it.

Here's the awesome opening below.

Just think...there are versions or you existing as we speak in different world lines.