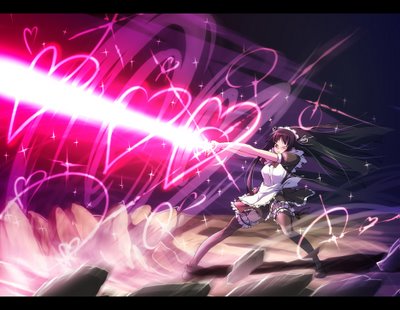 Ok, this is not such a new picture and it's been publicized on a number of anime sites. Just thought I'd add it to list of favorite anime pics. It's the famous "Mio-Beam" pic featuring K-On!'s Mio in a maid dress firing an insane beam. You gotta admit..the picture is freaken cool and goes well with Mikuru's "Mikuru Beam" ^_^