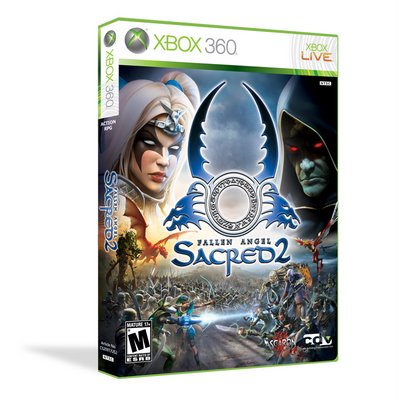 Going to be reviewing another game soon. This one is Sacred 2: Fallen Angel. For both the PS3 and Xbox 360, should be an interesting game, can't wait. Here's some info on it:

Sacred 2: Fallen Angel is an action-RPG unlike anything you’ve ever played! With a massive, hand-designed game world, hundreds of monsters, two distinct campaigns and six unique character classes, Sacred 2 will immerse you in a world of adventure and magic. Sacred 2 combines the best elements of hack ‘n slash gaming, roleplaying and an engrossing story about a magical world on next-generation consoles.

Check out the trailer here: