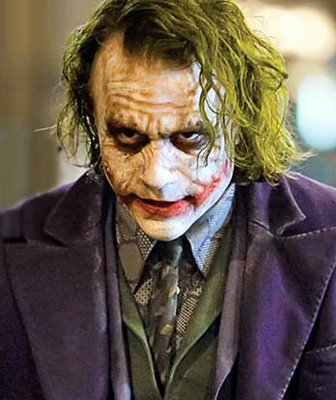 The goal of this post is to not give away any spoilers so that I will keep my word on that.
Late last night I got to see this year's number 1 movie, The Dark Knight. It sure lived up to its name and to all the hype. As I write this this movie is going down in history with a monumental load of ticket sales that will make the movie industry realize that the internet has not at all hampered sales..it has in fact created the hype needed for such sales. That's a whole other topic so on to the movie.

Now I'm more of a fan of the Japanese brand of super hero; the deep, powerful and less full of themselves type of hero that American heroes (Super Man in particular) tend to be. Like Spider Man, Batman has a bit of that depth to him. If you saw Batman Begins and you are an otaku like me, you were very very glad to see how Christopher Nolan turned the series into the deep and less flashy movie that resonates with an otaku's need for more artist Asian-style depth in American blockbuster films. The Dark Knight takes things one step further by focusing on the very concept of doing the right thing when it might not be the logical or popular choice.. a bit like the samurai's code of honor. The very concept of being the hero is questioned in the movie but so is the limit of the feelings that separate human and animal instincts. The Joker's character in this movie can be summed up by mixing Osama Bin Ladin, Jigsaw from the Saw series and the psychotic, mentally ill Joker comic book fans know into one. 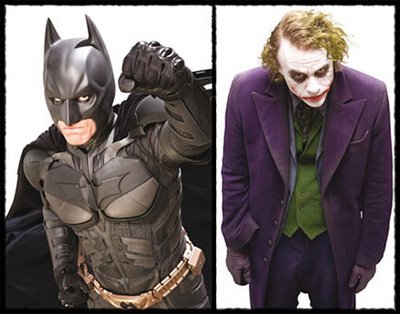 The way the dark knight, Harvey Dent and the Joker are portrayed in this movie represent righteousness, the corruptible human mind, and pure evil done in such a way that it shows it and doesn't explain it like western movies tend to; once again taking note from eastern art's almost mystical yet profound meanings.

After watching this movie you really really feel hurt by Heath Ledger's passing. I used to see Tim Burton's two Batman movies as the movies that would best summarize the Dark Knight. Similarly, I used to think of Jack Nicholson as the ultimate Joker. Watch this movie and you will see that Ledger took Nicholson's Joker and slapped him silly. Never will the Joker be portrayed better and unfortunately with the loss of Health Ledger, never will he again be like this. I will be appalled if when the Oscars come up that Heath and the rest of the actors and crew of the Dark Knight don't get any awards. Too many times has the Oscars catered to the western artsy-fartsy (aka lame) style films that nobody ever seen or ever cared to see. If a no-name film from France or even worse, the recent bomb, Mamma-Mia! gets even a nomination while the Dark Knight gets shafted, then may someone as crazy as the Joker ruin the Oscars and after the chaos states "Why so serious?" because its about time that a movie people actually seen takes the Oscars by storm. 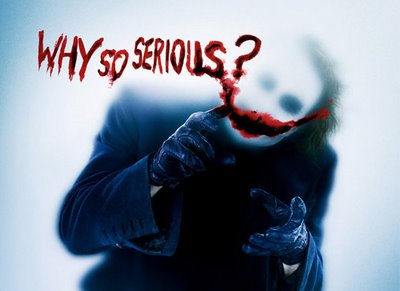 Never in your life will you feel 150 minutes go by so fast but you will savor every minute of it. If any of you can bust through the lines in the theaters, go see this movie!