Pieces of Shot Down Satellite Falling near Long Island 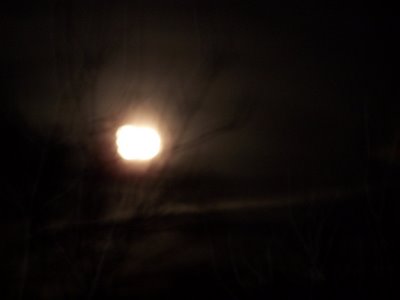 Speaking of "crashes"... looks like the spy satellite that was just recently shot down had bigger chunks left than expected. Just a few minutes ago about 5-7 streaks were in the air over our home in Selden, New York. These are definitly from the satellite that was blown up. Pretty creepy stuff. I know this isn't really anime related but if anyone from any other part of the Earth is seeing the same thing, drop a message. There are about 4-5 army helicopters flying near by and nothing yet on the news so this is the first I believe anyone is speaking of this. Above you can see the crappy photo I took of the streaks near the moon in the sky. A few more more overhead in crossed paths too. I wonder if any hit the ground o_O.