Back in the News; Dragon Ball Z Live Action Movie 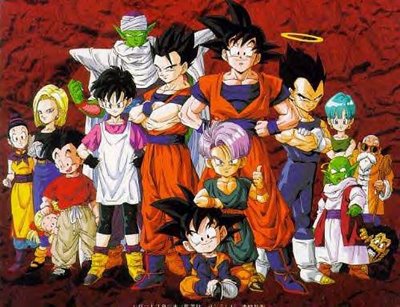 A few years back there was a whole bunch of hype about a Dragon Ball Z Live Action Movie. 20th Century Fox was in the plans to make a big budget movie about everyone's favorite Manga and Anime, Dragon Ball Z, but then the project got scraped.

As of recent news, the project is back in the works with roughly a 100 Million dollar budget and already some roles being cast. This news comes from both Variety magazine and from one of my product dealers from my anime store, Diamond Comics. Here's what they had to say:

"As reported by Variety, Justin Chatwin, the actor best known for his role in Steven Spielberg’s War of the Worlds, has been cast as protagonist Goku, the powerful Saiyan warrior dedicated to protecting Earth from alien threats and evil tyrants. The actor that formerly portrayed Spike on TV’s Buffy the Vampire Slayer and Angel, James Marsters has signed on as Piccolo, the villainous green fighter with hopes of world domination and one bold enough to take on Goku. The film will be directed by James Wong, produced by filmmaker Stephen Chow and has been assigned the tentative worldwide release date of August 15, 2008."

This is obviously big news if you are a DBZ fan. Diamond comics and I are excited about this since a few new cast figures will be coming out next year now. Personally I feel that a CG film would do better but I'm excited either way. Hey, maybe they'll find my New Faces Comp cards and I'll get the role as Trunks ^_^... well, I can dream.. but stay tuned as I get more info on this.