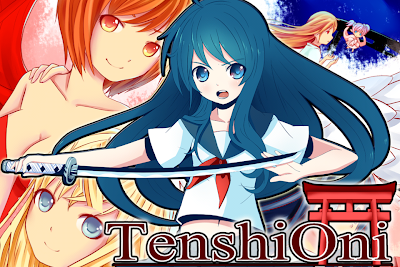 Hey guys... I sure as heck need to get back to blogging on here ^^;;  Anyways... been having some good things happening.  People who follow me on Facebook and twitter know of the recent news n the voice acting front, I'll make a full post about that when everything comes together.  As for why else I've not been around (nor updating the blog and store like I should ^^;) is because I've been hard at work preparing Tenshi-Oni for release.  It's only a matter of time and I thought I post even newer images of the intro that I posted on G+ and FB recently.  I think this time I got the balance of text and imagery going.  If I can, I'll make a .gif of it as these two images don't give it justice. 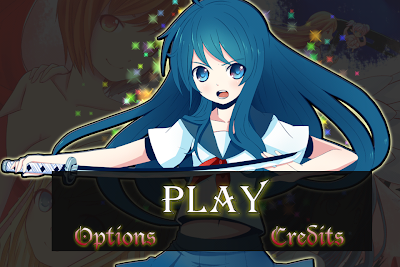 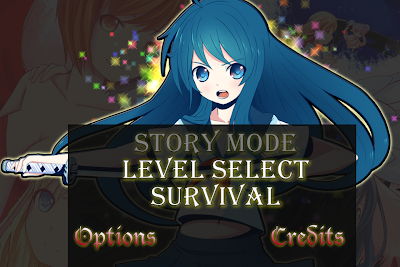 I'm basically at the point of the "meat and potatoes" of the game.  Where I focus all of my time on the enemies, bosses and levels that Fumi will transverse now that most of her attacks, transformations, etc are done.  Once part is done, I'll have the first releasable build of the game! From then on I'll continue adding levels, a Story Mode, an Android port and more to updated versions....with the aim for the DLC to be free updates for those who buy the paid version of the game.  I'm, well, not into the whole micro transaction / trivial DLC purchase bit that other game devs and studios like to milk promote to gamers.

Did somebody say "potatoes"?