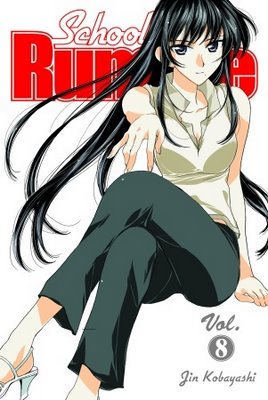 Sorry for the delay in my posts, been doing some site updates and I also caught a nasty cold/flu. Anyways, did you know that you can get a college degree in Manga Research? I didn't know either but as per Anime News Network, Kyoto Seika University will have it's first graduate programs in the subject. Yet another reason why I hate, hate the US school system. It took years for video game development to be accepted by the pompous a-holes in charge of US "higher education" when for years it was in Japan. Funny thing is that many so-called "well to do" computer science grads are flipping burgers now since their department is in India now. The only successful people in those fields are..you guessed it, video game developers. I would bet my yearly anime products profits that a major in Manga research will go farther than a degree in say English Literature..but who am I but a former Computer Scientist who makes $$ from an anime business and who can develop video games & who has appeared in Business Week a number of times. Guess the joke's on the US college system XD

Anyways...had to rant a bit but due check out the full story by ANN. Would be a cool degree to get indeed, sure beats English Literature..which why the f$*# did I have to take as well in my Computer Science courses? (..maybe to not have some many typos in my blogs ^^;;;)